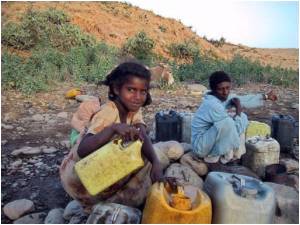 A new study of an urban pediatric population in Philadelphia says that primary care doctors are less likely to refer short girls than short boys for diagnostic testing that can reveal underlying medical reasons for their short stature.

Girls with medical conditions causing their short stature may go undiagnosed, or may be diagnosed later than boys, limiting timely treatment.

Toys and parks are no longer safe for children. It is the main cause for lead poisoning.
Advertisement

Researchers from The Children's Hospital of Philadelphia published their study online today in the April 2011 issue of Pediatrics.


The study team analyzed referral patterns for growth faltering in a retrospective study of children, a majority of them African American, in urban primary care pediatric practices. Growth faltering was defined as being in the lowest 5 percent of height for the child's age and gender, or by a standardized measure of growth deceleration.

Intussusception is condition where one segment of the intestine infolds into the adjacent segment causing intestinal blockage and leading to severe abdominal distension and pain.
Advertisement
A majority of children with growth faltering were managed by primary care physicians rather than by subspecialists such as endocrinologists or gastroenterologists. Those subspecialists treat children with medical conditions such as growth hormone deficiency and Turner syndrome, which lead to short stature. Compared to boys in the study, girls with growth faltering were screened only half as often for growth hormone deficiency.

"We found that growth faltering is common in urban, largely minority, underserved pediatric practices," said Adda Grimberg, M.D., pediatric endocrinologist at The Children's Hospital of Philadelphia and primary investigator on this study. "Only 8 percent of the children with growth faltering received subspecialist care, and there is a gender and race disparity that is not beneficial to the children who may need additional treatment."

The researchers examined the medical records of 33,476 patients between the ages of 6 months and 20 years who were seen in four primary care centers located in the City of Philadelphia. Of those children, 3,007 had growth faltering, with boys comprising 53 percent of that group. Children with growth faltering had more tests than the others in the study, and boys were more likely to be tested for deficiencies of the growth hormone system than girls.

Black children were less likely to see a subspecialist than white children and the disparity was greater for endocrinology than gastroenterology. Subspecialty care was not associated with gender or type of insurance.

Only 1 percent of the girls with growth faltering received chromosome testing. They were more likely to have this test than boys because Turner syndrome is a genetic condition that leads to a reduction in height and occurs in girls only. Thirty-five percent of the girls tested were at least 12 years old.

"Timely diagnosis is important for the initiation of proper monitoring and treatment of syndrome- associated complications such as renal and cardiac malformations, neurosensory hearing loss, and neurocognitive issues. It is particularly concerning that 35 percent of the girls with growth faltering and chromosome testing were already at least 12 years old," added Dr. Grimberg.

This study builds on previous work by Dr. Grimberg, published in 2005, that found a gender bias among children receiving evaluation for short stature in subspecialty clinics.

"While social pressures for tallness may be greater in boys than girls, primary care providers who overlook growth faltering may be missing out on an underlying condition that has additional health consequences. Height is the clue, not the endgame," said Dr. Grimberg.

Drug Side Effects Calculator Find a Doctor Turmeric Powder - Health Benefits, Uses & Side Effects Color Blindness Calculator Daily Calorie Requirements How to Reduce School Bag Weight - Simple Tips Nutam (400mg) (Piracetam) Calculate Ideal Weight for Infants Hearing Loss Calculator Accident and Trauma Care
This site uses cookies to deliver our services.By using our site, you acknowledge that you have read and understand our Cookie Policy, Privacy Policy, and our Terms of Use  Ok, Got it. Close
×