Research Reveals Why Being Grossed Out by Poo is Good for You! 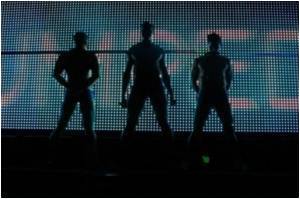 A new study believes that it is good for you to get grossed out by things such as maggots or even poo.

Just as fear protects us from a lion that would eat us, "disgust is quite similar. It keeps us away from tiny little animals that would eat us up from the inside," Discovery News quoted Valerie Curtis of the London School of Hygiene and Tropical Medicine, as saying.

A phobia is an irrational and exaggerated fear of an object or a situation that in reality, poses little or no actual danger.
Advertisement

"We evolved to stay away from poo, from bodily fluids, from mucous, from foods that have gone off, from worms in the garden," she added.


Although disgust may have evolved as an emotion to keep us away from disease causing germs, too much of anything can be bad.

Types of obsessive-compulsive disorders are thought to result from disgust sensitivity taken to the extreme, Curtis said, such as obsessive hand washing or boiling tea water multiple times before drinking.

Agoraphobia is an anxiety disorder characterised by the patient avoiding spaces, crowds, or situations
Advertisement
More controversial is the theory of moral disgust and physical disgust.

"If I go around leaving poo in your front lawn or spitting in your cups or making nasty smells in public transport or if I go to church in my pajamas, I'm threatening you with my bodily fluids," Curtis said.

"These are manners, but they're also the precursor of moral behaviour. Your sense of disgust for people's bad behaviour is tied together with your organic system," she said.

Said David Pizarro of Cornell University, who researches moral judgment, said, "Even though I do think that the evolutionary approach is the right one to explain the origins of disgust and how it works in life now, I wonder if it can be applied too broadly."

"It seems unclear to me that you need an evolutionary approach to explain some of the behaviours [discussed]. For instance, avoiding large groups when you know that there's an outbreak of influenza. It seems people would just sort of notice. I don't know that it has to recruit a special system. There are a lot of things like manners that may or may not have anything to do with the avoidance of disease and seem sort of arbitrary."

The study is published today in the Philosophical Transactions of the Royal Society.

Xenophobia can be studied from two different perspectives. First as a medical condition 'phobia' second as a cultural and social malaise. Xenophobia can manifest itself in several ways in a country.
Advertisement
<< Indian Kitchens May Have All the Ingredients for Cancer Cur...
Vitamin D Aids Faster Recovery From TB >>

Research Reveals Why Being Grossed Out by Poo is Good for You! Personalised Printable Document (PDF)