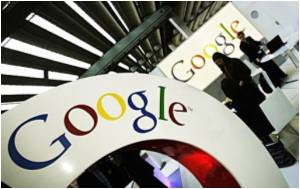 An American researcher has predicted that Google Plus will have over 400 million users by the end of 2012.

"Based on the accelerated growth I'm seeing and all the dials and levers Google can still utilise, and the developer ecosystem that will be developed, I predict that 2012 is going to be a breakout year for Google Plus and that it will end next year with more than 400million users," The Daily Mail quoted Paul Allen, as saying.

Google Tops 2011's Most Visited Site in US

Google has emerged as the most visited site in US this year, followed by Facebook, reveals a study.
Advertisement

Though Facebook users outnumber Google Plus subscribers by 400 million, the figure comes as a setback to CEO Mark Zuckerberg.


Allen pointed out that Google already has 62 million users, with a quarter of them signing up in December.

He said 625,000 members are signing up to Google Plus daily partly due to Android devices, which facilitate registration and through power of word of mouth.

New statistics have revealed that three quarters of Google+ users are men.
Advertisement
According to Allen, 'it may be the holidays, the TV commercials, the Android 4 signups, celebrity and brand appeal, or positive word of mouth, or a combination of all these factors' that led to large number of users subscribing to the site in December.

His research methodology is, however, not based on actual figures and is only a 'guestimate'.

He arrived at the data by tracking a list of unusual names in the U.S. on the recruitment site Elance and noting the number of those people being Google Plus users as well.

Allen's research comes after the Global Web Index had earlier announced that Google Plus has 150 million active users.

Amy Winehouse's mysterious death has garnered a lot of attention on the Internet, so much so that it has emerged as the most Googled topic this summer.
Advertisement
Advertisement
This site uses cookies to deliver our services.By using our site, you acknowledge that you have read and understand our Cookie Policy, Privacy Policy, and our Terms of Use  Ok, Got it. Close
×