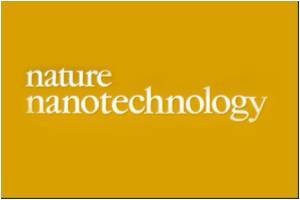 Researchers at North Carolina State University have developed a method to predict how nanoparticles interact with human body.

Their work could have implications for improved human and environmental safety in the handling of nanomaterials, as well as applications for drug delivery.

"We wanted to find a good, biologically relevant way to determine how nanomaterials react with cells," Nature quoted Dr. Jim Riviere as saying.


"When a nanomaterial enters the human body, it immediately binds to various proteins and amino acids. The molecules a particle binds with will determine where it will go," he added.

It is well-known in the research community that clinical trials using patients' own immune cells to target tumors have yielded promising results.
Advertisement
According to Nancy Monteiro-Riviere, the amino acids and proteins that coat a nanoparticle change its shape and surface properties, potentially enhancing or reducing characteristics like toxicity or, in medical applications, the particle's ability to deliver drugs to targeted cells.

To create their screening tool, the team utilized a series of chemicals to probe the surfaces of various nanoparticles, using techniques previously developed by Xia.

A nanoparticle's size and surface characteristics determine the kinds of materials with which it will bond.

Once the size and surface characteristics are known, the researchers can then create "fingerprints" that identify the ways that a particular particle will interact with biological molecules.

These fingerprints allow them to predict how that nanoparticle might behave once inside the body.

"This information will allow us to predict where a particular nanomaterial will end up in the human body, and whether or not it will be taken up by certain cells," added Riviere.

The study results appear in the Aug. 23 online edition of Nature Nanotechnology.

A researcher has discovered that the tiny particles secreted from ivy rootlets could hold the key to making sunscreen safer and more effective.
Advertisement
Advertisement
This site uses cookies to deliver our services.By using our site, you acknowledge that you have read and understand our Cookie Policy, Privacy Policy, and our Terms of Use  Ok, Got it. Close
×