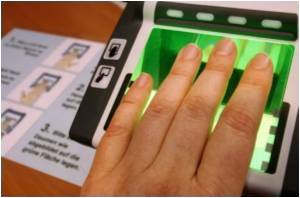 A delivery system based on a technique called nanosponge is three to five times more effective at reducing tumor growth than direct injection, scientists have found.

"Effective targeted drug delivery systems have been a dream for a long time now but it has been largely frustrated by the complex chemistry that is involved," says Eva Harth, assistant professor of chemistry at Vanderbilt, who developed the nanosponge delivery system.

"We have taken a significant step toward overcoming these obstacles."


Tiny sponges about the size of a virus are filled with a drug and attached with special chemical "linkers" that bond preferentially to a feature found only on the surface of tumor cells and then injected into the body.

Cervical cancer is the second most common cancer among women and is the primary cause of cancer-related deaths in developing countries
Advertisement
The tiny sponges circulate around the body until they encounter the surface of a tumor cell where they stick on the surface (or are sucked into the cell) and begin releasing their potent cargo in a controllable and predictable fashion.

The advantages are two fold - the drug instead of traversing through the body is delivered exactly at the tumour and is thus, more effective. And because smaller amounts of the drug come into contact with healthy tissue, there are fewer harmful side effects.

Another major advantage is that the nanosponge particles are soluble in water.

"We call the material nanosponge, but it is really more like a three-dimensional network or scaffold," says Harth.

"Predictable release is one of the major advantages of this system compared to other nanoparticle delivery systems under development," Harth adds.

Also, the ability to control the size of the nanosponge is important because research has shown that drug delivery systems work best when they are smaller than 100 nanometers.

Simplicity is yet another boon. The researchers have developed simple, high-yield "click chemistry" methods for making the nanosponge particles and for attaching the linkers, which are made from peptides, relatively small biological molecules built by linking amino acids.

The drug used for the animal studies was paclitaxel (the generic name of the drug Taxol) that is used in cancer chemotherapy. The researchers recorded the response of two different tumor types - slow-growing human breast cancer and fast-acting mouse glioma - to single injections. In both cases they found that it increased the death of cancer cells and delayed tumor growth "in a manner superior to know chemotherapy approaches."

The next step is to see if the nanosponge system can stop and reverse tumor growth.

The paper is published in the June 1 issue of the journal Cancer Research.

Source: ANI
Advertisement
<< Diabetes may be Treated by Scottish Blaeberry
Youngsters can be Harmed by High Caffeine Energy Shots >>

Drug Side Effects Calculator Blood Pressure Calculator How to Reduce School Bag Weight - Simple Tips Blood - Sugar Chart Hearing Loss Calculator Calculate Ideal Weight for Infants Diaphragmatic Hernia The Essence of Yoga Sanatogen Blood Donation - Recipients
This site uses cookies to deliver our services.By using our site, you acknowledge that you have read and understand our Cookie Policy, Privacy Policy, and our Terms of Use  Ok, Got it. Close
×