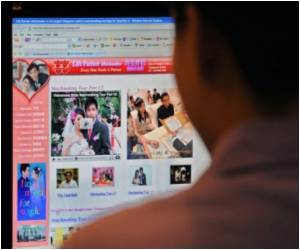 New research from Germany shows that good looks or a sense of humour are increasingly taking a back seat to money when it comes to the criteria women use to find a partner.

It said that with women getting better jobs, they are looking for their men to have a spending power to match, reports the Daily Mail.

The Cologne-based Institute for the German Economy claimed women quizzed in a survey said they wanted to avoid stress and confrontation over big differences in earnings.


The findings showed that the number of households in which one person earns much more than the other has decreased in the 10 years between 1998 and 2008.

Divorce can be traumatic for children and create a sense of insecurity amongst them. Couples should realize that joined parenting is important even after divorce.
Advertisement
At the same time, couples with two average or high earners increased from 27.9 percent to 30.5 percent.

Couples that included a high earner and a low earner in the relationship decreased by 2.8 percent from 28.6 to 25.8 percent in the same time span.

At the same time the inequality of net incomes - or the gap between rich and poor couples - has risen by 15 percent in Germany between 1998 and 2008, said German researchers.

Infidelity is no longer seen as a midlife crisis alone because younger people are beginning to cheat on their spouses
Advertisement
<< In Japan Disaster Zone, New School Year Delayed
Study Shows How Bitter Taste Induces Nausea >>

Drug - Food Interactions Blood - Sugar Chart The Essence of Yoga Pregnancy Confirmation Calculator Noscaphene (Noscapine) Sanatogen Find a Hospital How to Reduce School Bag Weight - Simple Tips Find a Doctor Turmeric Powder - Health Benefits, Uses & Side Effects
This site uses cookies to deliver our services.By using our site, you acknowledge that you have read and understand our Cookie Policy, Privacy Policy, and our Terms of Use  Ok, Got it. Close
×