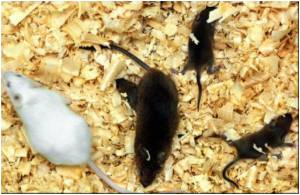 An abnormality in the way that sensory information is relayed to motor neurons in the spinal cord has been revealed in research using a mouse model of the motor neuron disease spinal muscular atrophy (SMA).

Importantly, this disruption in communication occurs very early in disease progression and precedes the neuronal death and muscle weakness that are the hallmark of the disease. The study, published by Cell Press in the February 10 issue of the journal Neuron, suggests that therapeutic strategies designed to improve communication at these spinal synapses might help to slow or prevent the progression of the disease and should be further explored.

Amyotrophic lateral sclerosis (ALS) and SMA are human motor neuron diseases characterized by degeneration and death of motor neurons and the muscles that they innervate. Most research on motor neuron diseases has focused on the communication, or synapse, between the neuron and the muscle. However, because these motor neurons originate in the spinal cord and rely on inputs from sensory neurons as well as other neurons from different regions of the brain and spinal cord, it is possible that upstream events might contribute to disease pathology. "There is some evidence that spinal circuit abnormalities might occur in human motor neuron disease," explains the principal author of the study, Dr. George Z. Mentis, who moved last year to the Motor Neuron Center at Columbia University from the National Institute of Neurological Disease and Stroke, where the study was initiated. "However, little is known about the response of these synapses to the factors that trigger disease."


Using a mouse model of SMA that exhibits many of the features of human SMA, including a stereotypical pattern of progressive muscle weakness, Dr. Mentis and colleagues studied synaptic connections between sensory and motor neurons in the spinal cord. "We found that communication between the sensory and motor neurons that make up the stretch reflex, which is known to be important for motor function, showed massive and progressive failure early in the disease process," says Dr. Mentis. The functional deficit mirrored the pattern of muscle weakness in human SMA patients. The researchers went on to show that a drug that has been shown to improve motor function and increase survival of SMA mice improved the sensory-motor circuitry.

Slide animation on Parkinson disease. It is a progressive movement disorder due to degeneration of nerve cells of the substantia nigra of the brain. The symptoms get worse with time but drugs or surgery can control them. PD cannot be cured.
Advertisement
"Collectively, our findings suggest that spinal circuit dysfunction is one of the earliest and most pronounced pathological features of the disease and therefore may contribute significantly to the loss of motor function that characterize both mouse models and human SMA patients," concludes Dr. Mentis. "Our data also support the potential therapeutic use of drugs to improve synaptic function, which is likely to be a key factor in the restoration of normal motor function in this disease."

Slide animation on surgery for Parkinson disease. Surgery is only indicated where drugs fail to control the symptoms of this progressive movement disorder. Surgery cannot cure the disease.
Advertisement
<< Ischemic Stroke Hospitalizations Increase in Young
Study Explains Why 'Stress Hormone' Behaves in Contradictor... >>