Research Evidence Not Put to Use by Health-Care Systems: Expert 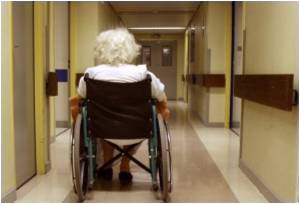 A leading expert in the field of 'knowledge translation' believes that health care systems, globally, are failing to use valuable research-based evidence when making decisions. This failure on their part is causing inefficiencies and is reducing both the quantity and quality of life.

"Failures to use research evidence to inform decision-making are apparent across all key decision-maker groups," said Dr. Sharon Straus, a geriatrician and director of knowledge translation at St. Michael's Hospital.

Robotic surgery is being sighted as the next big thing in the healthcare industry. This technique is minimally invasive, much more efficient and greatly precise.
Advertisement

Dr. Straus was the guest editor of the January issue of the Journal of Clinical Epidemiology, which featured articles on knowledge translation.


Knowledge translation is basically closing the gap between what is known - evidence and information obtained through research - and what is done or is standard practice or policy in health care.

Republicans In A Dilemma Over Healthcare After Arizona Shootings

The recent Arizona shootings seem to have left the Republicans in a bind over healthcare.
Advertisement
Extrapolating data from the United States, Dr. Straus estimated in her article that about 55 per cent of adult patients do not receive recommended care. Studies have shown that only 40 per cent of people with osteoporosis get appropriate therapy, as do only two-thirds of stroke patients.

For example, while several randomized clinical trials have shown that cholesterol-lowering drugs known as statins can decrease the risk of death after strokes, they are "considerably under-prescribed," she said. In contrast, antibiotics continue to be over-prescribed for children with upper respiratory tract infections despite evidence they are ineffective.

Knowledge translation is one of the main areas of focus of the Li Ka Shing Knowledge Institute at St. Michael's Hospital. Dr. Straus and her team are considered world leaders in the field.

An example of knowledge translation at St. Michael's is the Delirium Prevention Project. Studies show that one-third to two-thirds of older people with hip fracture become delirious, or confused, leading to more long-term care and higher death rates, yet prevention strategies are not consistently used.

The project which involves colleagues from nursing, physiotherapy, occupational therapy, medicine and pharmacy amongst others uses simple, evidence-based approaches in everyday care to help lower delirium and ensure patients are receiving best possible treatment. Research shows that keeping patients oriented can reduce delirium, so clocks have been installed in every patient's room along with whiteboards, on which the date is written daily. Lights on the orthopedic unit and overhead paging systems are turned off at night to minimize confusion over time of day, and blinds are opened daily so patients have natural light rhythms.

Dr. Straus said there are many barriers to putting evidence into practice, including cost, education, scarce health care resources and the sheer volume of research evidence being produced.

She noted that not all knowledge should be translated into action right away. It's important there first be a "mature and valid evidence base," she said, noting the vigorous debate over the "liberation procedure" for patients with multiple sclerosis. Even Paolo Zamboni, the Italian doctor who postulated that MS can be treated by opening up the blood vessels to the brain has warned patients against receiving the treatment until further clinical trials have been conducted.

"The realities of health care systems are that we have insufficient resources to do everything and thus we must work with stakeholders including patients, public, clinicians and policy makers to establish an explicit prioritization process for knowledge translation activities," Dr. Straus said.