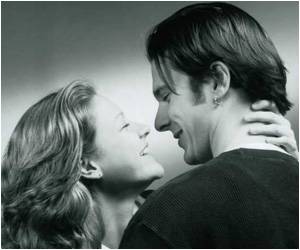 A survey of 6,000 single Americans has revealed that Republicans in the United States are more likely to report sexual satisfaction but have sex less often.

More than 50% of conservative Republicans said that they reached climax almost every time they had sex, compared with 40% of Liberal Democrats.

The study also revealed that men are more romantic than women. They are also more likely to fall in love at first sight. Men are also much less commitment-phobic than is usually thought. Only 3% of the participants said that they wanted to date lots of people.


Women were found to be much choosy than men.

This 'Singles in America' survey was carried out by scientists from The Kinsey Institute at Indiana University and the Institute for Evolutionary Biology at the State University of New York at Binghamton and is published by Match.com.

Encyclopedia section of medindia explaining about Why Sex Education Is Required For Teenagers?
<< Breastfeeding Linked With Lesser Risk of Asthma and Stronge...
FDA Clears Next Generation Lipiflow for Treating Evaporativ... >>

Drug - Food Interactions The Essence of Yoga Diaphragmatic Hernia Sanatogen Color Blindness Calculator Daily Calorie Requirements Post-Nasal Drip How to Reduce School Bag Weight - Simple Tips Vent Forte (Theophylline) Blood - Sugar Chart
This site uses cookies to deliver our services.By using our site, you acknowledge that you have read and understand our Cookie Policy, Privacy Policy, and our Terms of Use  Ok, Got it. Close
X