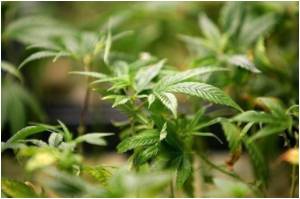 A new compound has been developed that is like the active compound of marijuana in relieving neuropathic pain but without the side effects of the drug, claim scientists.

The synthetic cannabinoid (cannabis-related) compound, called MDA19, seems to avoid the side effects by acting mainly on one specific subtype of the cannabinoid receptor.

"MDA19 has the potential for alleviating neuropathic pain without producing adverse effects in the central nervous system," said Dr Mohamed Naguib of The University of Texas.

Marijuana Prolongs Pain Rather Than Damping It Down, Says Research

In rats, treatment with MDA19 effectively reduced specific types of neuropathic pain, with greater effects at higher doses. At the same time, it did not seem to cause any of the behavioral effects associated with marijuana.

"[W]ith functionally selective drugs, it would be possible to separate the desired from the undesired effects of a single molecule through a single receptor," said Naguib.

This means that MDA19 could be a promising step towards developing medications that have the pain-reducing effect of cannabinoids while avoiding the mental and physical side effects of marijuana itself.

The findings were published in Anesthesia and Analgesia, official journal of the International Anesthesia Research Society.

Medium Dose of Cannabis may Help to Ease Neuropathic Pain

A study has found that smoking cannabis in medium doses can ease induced pain in healthy people.
Advertisement
Advertisement

Allodynia is a nerve condition where non-painful stimuli such as a light touch or brushing hair provoke pain. ...

Conventional treatment for nerve pain produces mixed results, but exercises are known to be very effective. ...

Marijuana (cannabis) is a drug obtained from the hemp plant and often abused for its psychoactive effects, ...