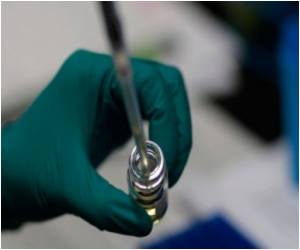 On July 26, 2012, Regeneron Pharmaceuticals, Inc. (REGN) announced results for the second quarter ending June 30, 2012. The company posted a 182.2% year-to-year increase on total revenues of $304.3 million in Q2 2012, beating The Street's estimate of $257 million. Regeneron continues to be elated from the successful launch of its neovascular (wet) aged-related macular degeneration (wet AMD) drug Eylea (afilibercept) which was approved back in November 2011. Domestic sales of Eylea grew 57.5% quarter-on-quarter, from $123.5 million in Q12012 to $194.5 million in Q2 2012. GlobalData attributes the surge in Eylea sales in part to an increased level of market penetration for the drug, as doctors switch patients to Eylea from other Anti-VEGF medicines, such as Lucentis (ranibizumab) and off-label use Avastin (bevacizumab). In Q2 2012, Regeneron streamlined its automated claims reimbursement process for Eylea, this shortened the company's cash cycle, allowing it to convert receivables into cash much faster. Lastly, driving Eylea sales was Regeneron's commercial expansion of the drug into international markets.

Pharmaceutical drugs may be capable of effects that no one can ever dream of. Therefore it is important to set limits to the measure of drugs that man and animals could be exposed to.
Advertisement

Regeneron received marketing approval for the drug in Colombia and Australia in March 2012 and entered into a collaboration agreement in May with Bayer HealthCare and Santen Pharmaceutical to co-promote Eylea in Japan. As a result, Regeneron upped its FY 2012 Eylea sales forecast to $700-to-$750 million from $500-to-$550 million it announced last quarter - which, if achieved, would become one of the most successful drug launches in the history of the biotech industry.


In its earnings call, Regeneron cited a number of factors for the growth in Eylea sales. The company's internal qualitative market research of prescribing physicians revealed a very high rate of account penetration for Eylea. Regeneron reported Eylea had been used in approximately 90% of all patient accounts that have been using either Lucentis or Avastin; this is up from 70% the company reported in Q1 2012. The higher account penetration rate infers that sales growth came from an increase in the number of accounts using Eylea. Moreover, Regeneron estimates that patients currently on Eylea represented about 40% of Eylea sales; while 35% of Eylea sales came from naïve patients, new to anti-VEGF therapy, and 25% of Eylea sales came from patients switching from Lucentis or Avastin. As a result of this internal data, Regeneron estimates Eylea accounted for approximately 14% of the wet AMD market by volume, up from 10% last quarter. While GlobalData has not conducted independent analyses on the market penetration of Eylea, and we do not confirm or deny the market share data, we do believe there is a story here.

Regeneron Pharmaceuticals Inc.'s drug Eylea, an injection designed to treat neovascular or 'wet' age-related macular degeneration.
Advertisement
Age-related macular degeneration is the most common degenerative disease of the macula and the most common cause of legal blindness in the elderly population of the developed world. The most severe form of AMD is the wet form, so-called because it is marked with vascular leakage and retinal edema that leads to loss of visual acuity. Anti-VEGF therapy is the current gold standard of care in the treatment of patients suffering from wet AMD. The treatment regimen is comprised of monthly intra-vitreal injections (IVT) of 0.5mg of Lucentis (ranibizumab) which have been shown to provide the best visual outcomes and on average, lead not only to maintenance of vision, but to gains in visual acuity. However, monthly IVT injections present both a risk and a burden to patients. First, there is the potential for serious risk associated with each IVT injection procedure, including retinal detachments and increased intraocular pressure. Second, monthly treatment and monitoring, which may continue for a patient's lifetime, imposes a significant burden to patients and their caregivers. However, it's anticipated that reducing the number of IVT injections by about half will result in a decrease in these adverse reactions without sacrificing patient benefit.

One of the key drivers behind patients' switching to Eylea is the drug's equivalent efficacy to ranibizumab. In March, Regeneron announced the results of two positive Phase III clinical trial studies: VIEW 1 and VIEW 2, demonstrated that Eylea dosed every other month (maintenance regimen), following three initial monthly injections (loading regimen), was non-inferior to ranibizumab dosed every month, as measured by the primary endpoint of maintenance of visual acuity over 52 weeks. These results indicate Eylea was just as effective as ranibizumab in maintaining visual acuity and there was no drop-off associated with less frequent dosing when compared to monthly ranibizumab. Moreover, the most common adverse reactions reported in patients receiving Eylea were conjunctival hemorrhage, eye pain, and vitreous floaters; however these frequency rates were not significantly higher when compared to ranibizumab. We suspect the less frequent dosing schedule of Eylea has led to a decrease in office visits, and therefore less IVT injections which have drove patient switching behavior fueling Eylea sales.

Beyond increased market penetration, Regeneron streamlined its Medicare reimbursement process for Eylea, which sped up the company's receivables cycle allowing the company to recognize higher Eylea sales. Previously, Eylea had a 'J' code of J3590, which under HCPCS, is a miscellaneous designation for an 'unclassified biologic' - not recognized under Medicare. This designation resulted in the suspension of many reimbursement claims on Eylea until additional documentation for coverage, and approval notices were reviewed. This 'J' code designation created a backlog in claims and lengthened the company's receivables cycle. While the 'J' code designation did not negatively affect patients, it did invoke hesitancy in some doctor's offices whowere uncertain of the drug's reimbursement status. However, in July, Regeneron resolved the reimbursement glut by receiving a temporary 'Q' code for Eylea, Q2046 which is recognized by Medicare. The Q2046 is the HCPCS code specifically for Eylea, removing the miscellaneous designation of 'unclassified biologic' which was previously tied to the drug. The 'Q' code for Eylea shortened the claims process by not having the need of approval documentation upfront - this made it easier and quicker for doctors' offices to file reimbursement claims. Since the 'Q' code for Eylea came into effect in early July, we believe Regeneron accrued the majority of the pent-up reimbursement revenue in Q2 2012 and this revenue backlog will dry up the end of Q3 2012. The company expects to receive a specific and permanent 'J' code for Eylea by January 2013.

Another contributing factor to the surge in revenues for Eylea in Q2 2012 was the commercial expansion of Eylea outside the US. Like many other small biotechs, Regeneron partners with its much larger pharmaceutical brethren to grow sales. Regeneron collaborates with Bayer HealthCare on the global marketing of Eylea. In 2Q12 Regeneron leveraged Bayer's expansive logistics and distribution channels, sales force, and other international resources to drive market penetration for Eylea. While Regeneron maintains exclusivity rights for Eylea in the US and is entitled to all profits from any such sales, the company shares equally the profits with Bayer from any sales of Eylea outside of the US. In March 2012, Bayer Healthcare received marketing approval in Australia for Eylea for the treatment of patients with wet AMD. This approval was based on the positive results of the Phase III clinical trial studies for Eylea, VIEW 1 and VIEW 2, which was presented to the Australian Therapeutic Goods Administration (TGA). Following this approval, in May, Regeneron announced an agreement with Bayer's Japanese subsidiary, Bayer Yakuhin, and Santen Pharmaceutical to co-promote Eylea in Japan. GlobalData believes Bayer Yakuhin's field force combined with Santen's leadership in ophthalmology will allow Eylea to achieve a broader and faster reach into the Japanese ophthalmology market. While Regeneron is tight-lipped about its emerging markets strategy, the company received approval to market Eylea in Colombia. GlobalData believes this is not the last time we will hear about the company's business development efforts in South America. We anticipate Regeneron to target that continent's most lucrative market, Brazil, and expand to neighboring countries in Central America and Latin America (CALA) to grow Eylea sales.

In a major blow for Regeneron Pharmaceuticals, the US Food and Drug Administration (FDA) has put an end to the development of its new pain killer drug
Advertisement
<< Overcome Knock-backs in Life With the Help of Both Optimism...
Targets for Antiviral and Vaccine Strategies Found In Infec... >>