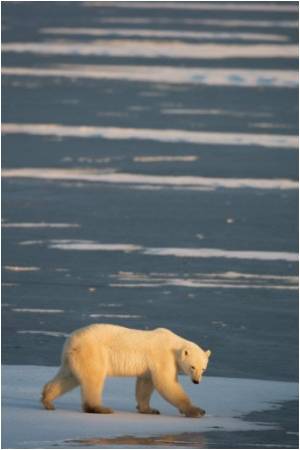 Reductions in Arctic sea ice levels may influence patterns of atmospheric circulation both within and beyond the Arctic.

This is according to a new research that explores the impact of 2007 ice conditions, the second lowest Arctic sea ice extent in the satellite era, on atmospheric circulation and surface temperatures.

Two 30-year simulations, one using the sea ice levels of 2007 and another using sea ice levels at the end of the 20th century, were used to access the impact of ice free seas. The results showed a significant response to the anomalous open water of 2007.


The results confirm that the atmospheric response to declining sea ice could have implications far beyond the Arctic such as a decrease in the pole to equator temperature gradient, given the increased temperatures associated with the increase in open water, leading to a weaker jet stream and less storminess in the mid-latitudes.
Advertisement
"In the context of decreasing Arctic sea ice extent, our experiments investigating the impacts of anomalous open water on the atmosphere showed increased heat transfer from the ocean to the atmosphere and warmer temperatures in areas of reduced sea ice. Comparing the model simulated circulation to the observed circulation for the summer of 2007 (the year of focus for the model experiments), we found the simulated circulation to be quite different than what was observed for spring and summer while more similar for autumn and fall," said Elizabeth Cassano from the University of Colorado.

The research appeared in the International Journal of Climatology.

Arctic Ice Level Down to a Fifth Since 1980: Satellite Observations
According to satellite observations, the Arctic has lost more than a third of summer sea-ice volume ...

'Within Next 20 to 25 Years' Arctic Ice 'Likely to be Gone'
Arctic summer ice melt reached a record low last week....