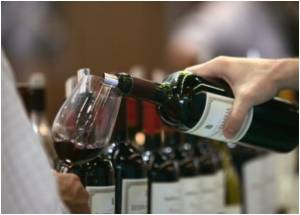 Here's another reason why red wine could be good for you - it contains an ingredient that has the potential to prevent some blinding diseases, according to a new study.

Researchers at Washington University School of Medicine in St. Louis found that Resveratrol - found in red wine, grapes, blueberries, peanuts and other plants - could prevent and control angeogenesis (formation of damaging blood vessels) in mouse retina.

"A great deal of research has identified resveratrol as an anti-aging compound, and given our interest in age-related eye disease, we wanted to find out whether there was a link," says Washington University retina specialist Rajendra S. Apte, the study's senior investigator.


"We have identified a novel pathway that could become a new target for therapies.

"And we believe the pathway may be involved both in age-related eye disease and in other diseases where angiogenesis plays a destructive role," Apte adds

Information about the different types of alcoholic beverages, its production and tips on serving alcohol.
Advertisement
Another advantage is that patients can consume Resveratrol orally and avoid eye injections, but they may need to take pills since it is required in high doses in humans, as compared to mice. The compound also is easily absorbed in the body.

Apte says that the compound may well be one day actively used to prevent cardiovascular disease and some types of cancer, too.

The findings are reported in the July issue of the American Journal of Pathology.