Record Set by Chinese in Costa Rica for Fried Rice

Members of Costa Rica's Chinese community celebrated the the arrival of the Year of the Snake by setting the world record Tuesday for the largest amount of fried rice ever cooked.

Briton Ralph Hannah, an inspector with the Guinness World Records, certified the win after putting the giant meal -- enough to feed some 7,000 people -- on a scale.

The Chinese Association of Costa Rica came up with the idea for the giant meal, said Godwin Pang, who helped coordinate the event.

Pang said the Chinese community wanted to mark the Year of the Snake, which began on Sunday, with a big event.

Most Chinese residents in Costa Rica are in the restaurant business. Chinese restaurants can be found even in small towns across this Central American country of 4.7 million.

Hannah, the Guinness representative for Latin America, said this was the first time that Costa Rica enters the world record book.

World Record: Heart Surgery on Baby Aged Just 17 Hours
Media reports indicate that a baby from the UK is recovering in hospital after becoming the youngest person to have open-heart surgery.
READ MORE 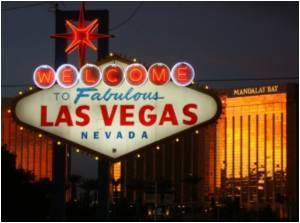 Las Vegas Woman Nails The World Record
If Chris Walton ever started biting her nails, she'd probably wear her teeth out: the Las Vegas resident was declared Wednesday to be the woman with the longest nails in the world.
READ MORE