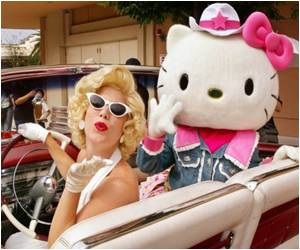 A new ride based on Disney's animated film "Ratatouille" was recently unveiled in Disneyland Paris that topped of a record year for investment in Europe's theme parks, with the region's most expensive attraction ever.

Visitors to "Ratatouille: The Adventure" are made to feel they have shrunk to the size of Disney's gourmet rat Remy as he scurries around a giant kitchen, chased by his nemesis from the film, Chef Skinner.

India's most elaborate theme park opens this week with special-effect Hindu gods and Bollywood-themed rides. It aims to tap a thirst for family entertainment among the country's rising middle-class.
Advertisement

Seated in their own "rat-mobile," they are plunged into the cold of a huge fridge, confronted with a fish 7.5 metres long and a ham weighing a tonne -- but luckily the oven isn't quite so realistic.


Euro Disney spent more than 150 million euros ($204 million) on the ride inspired by the adventures of Pixar character Remy, a rat with a remarkable sense of smell who ends up as a chef in one of Paris's top restaurants.

In a theme park in China, a life-sized replica of the doomed ship Titanic is set to become the centrepiece.
Advertisement
Outside, the park has also created an entire Parisian quartier, including the 370-seat Bistrot Chez Remy, that will, of course, serve ratatouille.

The five-year project, which will be inaugurated on July 10, cost a European record of 200 million euros in total. It is also expected to add 200 jobs to Disneyland Paris's workforce of 15,000.

Euro Disney has struggled to make net profits since the park's inception -- it's last was in 2008 -- but the US group regards its 20-year-old Paris operation as an important branding showpiece.

"This is the first time that Disney is taking the risk of launching a major attraction without having tested it first in a park in the United States," said Sophie Huberson, managing director of union SNELAC.

Disneyland Paris remains Europe's top tourist attraction, but it is drawing smaller crowds than it used to: last year visitor numbers fell by a million to below 15 million.

It isn't the only European theme park to rachet up spending in 2014.

An "unprecedented" 500 million euros were invested in theme parks, attractions and shows in the region this year, according to the amusement industry's largest trade association IAAPA.

"This is not an arms race", Dominique Hummel, head of Futuroscope, told AFP. The park, near Poitiers in central France, spent six million euros on a time machine ride, which launched just before Christmas.

Europe has a total of 300 parks, concentrated mainly in Britain, France, Germany in Spain.

They are a significant draw for tourists, with a total of 150 million international tourists visiting every year.

Innovation "is necessary to draw in ever more fickle clients" and is an "imperative to remain profitable," said Huberson, who estimates parks invest between 8-25 percent of their revenues every year.

"It is a virtuous circle: investments increase supply, which lengthens and intensifies consumption while visitors are on site."

Based on the movie 'Avatar', Disney has revealed the initial details of its plan to open a theme park.
Advertisement
Advertisement
This site uses cookies to deliver our services.By using our site, you acknowledge that you have read and understand our Cookie Policy, Privacy Policy, and our Terms of Use  Ok, Got it. Close
×