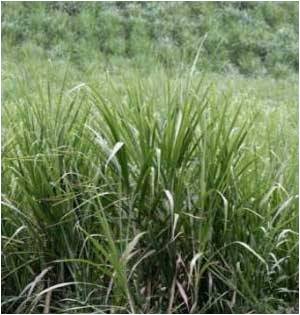 Prices of sugar, grain and oilseed have hit the roof and touched a record high, recent report reveals.

An index compiled monthly by the United Nations surpassed its previous monthly high - June 2008 - in December to reach the highest level since records began in 1990, The Guardian reports.

Published by the Rome-based Food and Agriculture Organisation (FAO), the index tracks the prices of a basket of cereals, oilseeds, dairy, meat and sugar, and has risen for six consecutive months.

GLYCEMIC INDEX (GI) is a scale which helps to rank carbohydrate- rich foods, depending on how they affect blood glucose levels, by comparing them to glucose.
Advertisement
Abdolreza Abbassian, FAO economist, told the Guardian: "We are entering a danger territory."

But he stressed that the situation was not yet as bad as 2008.

Sugar and meat prices are at record levels, while cereal prices are back at the levels last seen in 2008, when riots in Haiti killed four people and riots in Cameroon left 40 dead.

Abbassian warned: "There is still room for prices to go up much higher, if for example the dry conditions in Argentina tend to become a drought, and if we start having problems with winterkill in the northern hemisphere for the wheat crops."

Abbassian said he now expects food prices to start to fall because many poorer countries had good harvests last year.

He also said that the current floods in Australia have the potential to affect prices for commodities such as sugar.

Stressing on the importance whole grains, experts have claimed that incorporating them in the diet can lower the risk of heart disease, diabetes, stroke and certain cancers.
Advertisement
<< Visual Clues to What We are Thinking
Wives Thrash Polygamist in Pakistan Who was Planning 5th Ma... >>

Grains
News Archive
News Resource
Advertisement
News Category
Milestone In Voluntary Blood Donation Achieved Samsung Reinvents Toilet for the Poor Which is a Better Form of Exercise: Daily or Weekly? First Phase of Foot-and-Mouth Disease Vaccination Shocking News: Polio Cases Return After a Decade in the US
More News
Sign up for Wellness Consult a Doctor Sign up for Selfcare