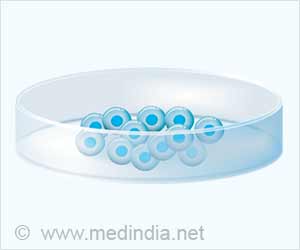 Successful reconstitution requires the transplantation and engraftment of hematopoietic (or blood) stem cells (HSCs), which after reaching their niche, start producing all types of blood cells, including platelets, white and red blood cells.


‘The reconstitution of the blood system in humans holds great therapeutic potential to treat many disorders, like blood cancers, sickle-cell anemia and others.’

In current clinical practice, this is carried out by infusing HSCs obtained from a matched donor who is immunologically compatible with the patient in need (allogeneic transplantation), or by the expansion of the patient's own HSCs in the lab, and then re-infusing them back into the patient (ex-vivo, autologous transplantation). However, the utility of both routes is currently limited by a number of factors.

First, in the case of allogeneic transplantation, the scarcity of matched donors significantly increases the waiting time, which could be detrimental to the patient. Second, the ex vivo expansion of HSCs, whether allogeneic or autologous, has been a challenging task, due to the limited proliferative potential these cells exhibit in culture. These limitations have raised the need for other sources of HSCs that would alleviate the need for matched donors and yield functional HSCs in large quantities.

In 2007, Professor Shinya Yamanaka and colleagues demonstrated that somatic cells, like skin fibroblasts, could be reprogrammed back to a cellular state that resembled human embryonic stem cells (hESCs), which are a group of cells found in the blastocyst-stage human embryo and contribute solely to the development of the human fetus during pregnancy.

However, advancement in deriving functional HSCs from human pluripotent stem cells has been slow. This has been attributed to incomplete understanding of the molecular mechanisms underlying normal hematopoiesis. In this review, the authors discuss the latest efforts to generate HSCs capable of long-term engraftment and reconstitution of the blood system from human pluripotent stem cells. Stem cell research has witnessed milestone achievements in this area in the last couple of years, the significance of which are discussed and analyzed in detail.

The authors additionally discuss two highly important families of transcription factors in the context of hematopoiesis and hematopoietic differentiation, the Homeobox (HOX) and GATA proteins. These are thought of as master regulators, in the sense of having numerous transcriptional targets, which upon activation, could elicit significant changes in cell identity. The authors hypothesize that precise temporal control of the levels of certain members of these families during hematopoietic differentiation could yield functional HSCs capable of long-term engraftment.

The authors conclude the review with a summary of future perspectives, in which they discuss how newly developed techniques, like the deactivated-Cas9 (dCas9) gene-expression control system, can be utilized during the course of hematopoietic differentiation of pluripotent stem cells for precise temporal control of the aforementioned master regulators to achieve functional HSCs.

Blood circulates through blood vessels. In case of an injury, bleeding can occur in the organ internally or externally. Under normal circumstances, the blood vessels constrict to reduce the blood flow and a clot is formed with the help of platelets ...

Acute lymphoblastic leukemia (ALL) is the cancer of white blood cells characterized by excess lymphoblasts. It is the most common of all childhood cancers and can be fatal in weeks if left untreated.