Reckitt Benckiser to Spin Off Its US-Based Pharmaceuticals Arm 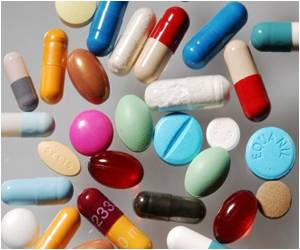 Reckitt Benckiser (RB), British household goods firm has decided to spin off its US-based pharmaceuticals division, it announced after a strategic review.

The company will float the unit, RB Pharmaceuticals, on the London stock market later this year, it said in a statement which also revealed that first-half net profits jumped by almost a quarter.

Health care industry is on the brink of a massive growth according to a study by IMS.
Advertisement

"We believe that RB Pharmaceuticals has the potential to deliver significant long term value creation as a stand-alone business," said Reckitt chief executive Rakesh Kapoor in the earnings release.


"We have therefore decided to pursue a demerger of RB Pharmaceuticals with a separate UK listing. We expect this to take place over the next 12 months.

A new report published in the news weekly Spiegel reveals how citizens of the former communist East Germany were used as guinea pigs by Western pharmaceutical companies.
Advertisement
"This will also allow RB to focus on its core strategy to be a global leader in consumer health and hygiene."

Reckitt added on Monday that group net profits surged by 23 percent to £812 million ($1.4 billion, 1.0 billion euros) in the six months to June 30 from a year earlier, boosted partly by cost-cutting.

In morning deals, Reckitt shares jumped to the top of the risers board on the London stock market.

Costs of Household Products, Pharmaceuticals Could be Cut by New Device