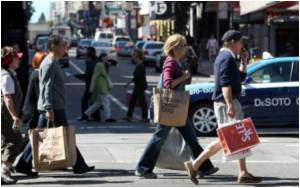 Cash-strapped UK teens are happily holidaying abroad with their parents this season. And, they don't find it in any way "embarrassing".

The proportion of Brits between 16 and 25 who want to vacation alone fell from 6 percent to 2 percent in the last two years.

Happiness Lies in Planning a Vacation

A new study has said that people anticipating taking a break to go on a vacation are happier than those who have no travelling plans.
Advertisement

According to the Daily Mail, the study also found that four in 10 men between 21 and 25 said they'd vacationed abroad with their parents in the last year.


Nearly one in three women have vacationed with mom and dad in the same time period.

"Once Britain's youth couldn't wait to escape their parents to see the big wide world, but now it seems the nation's young adults would rather stay within safe reach of Mum's apron strings," the research stated.

Researchers have found that a bad vacation can cause more grief than the purchase of poor-quality goods of equivalent price.
Advertisement
Nearly one in four 20-somethings say the hardship of finding work makes it harder for them to vacation, and nearly one in 10 report that their vacation plans are cut short due to concerns over their student loans, reports the New York Daily News.

However, Tom Rees senior travel analyst doesn't think that the lack of cash is the only reason.

"Young travellers are becoming less negative toward the idea of family holidays," he said.

"However, recession-driven recruitment freezes have hit graduates particularly hard and created a real fear that a 'lost generation' will be the legacy - influencing both their attitudes towards holidays and their ability to travel," he added.

Haggling Over a Holiday: Brits Always Look Out for the Best Deals

When it comes to planning a holiday, Britons are always ready to haggle to get the best deal, revealed a study.
Advertisement
<< The Art of the Complaint Letter Has Been Mauled By Email
Boffins Seek Help From Robot to Determine How Humans Trust ... >>

Sanatogen Color Blindness Calculator Iron Intake Calculator Blood Pressure Calculator Hearing Loss Calculator How to Reduce School Bag Weight - Simple Tips Accident and Trauma Care Blood Donation - Recipients The Essence of Yoga Vent Forte (Theophylline)
This site uses cookies to deliver our services. By using our site, you acknowledge that you have read and understand our Cookie Policy, Privacy Policy, and our Terms of Use