Recession Forces Numerous British Pubs To Pull Down Their Shutters 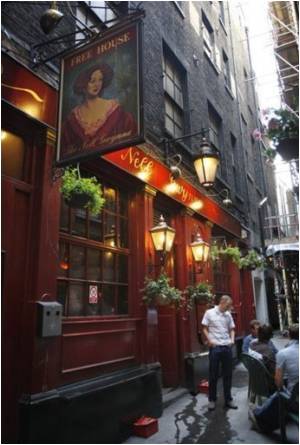 Britain is witnessing a record pub closure with more then seven pubs pulling shutters down every day. The new figures published on Wednesday have attributed the deepening economic crisis and changing drinking habits for the spurt in pub closures.

The rate of closures in the first half of 2009 increased by a third on the last six months of 2008, when the figure was five pub closures a week, according to the British Beer and Pub Association (BBPA).

Recession-Hit Americans Gymming For a Job

Molly Fahey has a bachelor's degree in physics, a master's degree in mechanical engineering and no job since January.
Advertisement


BBPA chief executive David Long said the recession was partly to blame but said a 20 percent increase in beer tax over the past two years and a new code of practice had pushed many pub owners over the edge.

More than half of adult Americans have been hard hit by the recession and two-thirds have turned to the Web for help in coping and understanding the downturn, a survey published Wednesday found.
Advertisement
"The recession is proving extremely tough for Britain's pubs. However, those economic pressures have been made much worse by a government that has continued to pile on tax and regulatory burdens," he said.

Long called on the government to recognise the economic impact of the pub closures, which are equivalent to 52 a week and he said were causing job losses comparable to factory shut-downs that received much more publicity.

There was also a social cost, he said, as pubs in many rural areas represent the hub of the local community. The BBPA said community pubs -- as opposed to town centre bars, for example -- are shutting at the rate of 40 a week.

Changing drinking habits are also taking their toll, with branded pubs and cafe style bars actually opening at a rate of two a week.

The BBPA, which represents the brewing and pub sector, said last year that sales of beer had slumped to the lowest level in Britain since the Great Depression.

From stress to suicide to crimes, the global meltdown seems to be taking a nasty toll of the West. UK is reporting a dramatic increase in theft, burglaries and fraud.
Advertisement
<< Increased Passive Smoking Among College Students
Brit School Luring Kids To School With Tempting Offer: Free... >>