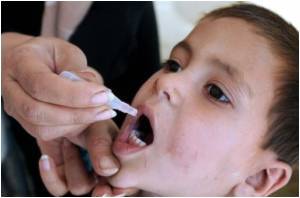 One in eight parents reported that his or her child had not received pediatrician-recommended care - medication, laboratory testing and/or appointments with specialists - during the previous 12 months due to concerns over cost and payment, according to a study, presented Sunday, Oct. 3, at the American Academy of Pediatrics (AAP) National Conference and Exhibition in San Francisco.

For the study, "Parents Perspectives on their Children's Health Insurance: The Plight of the Underinsured," 1,978 southwest Ohio parents were queried regarding the impact of their children's health insurance on their ability to follow pediatric recommendations, as well as on their child's health. Children were considered "underinsured" if their parents had not been able to follow at least one recommendation from a pediatrician during the previous 12 months due to insufficient insurance coverage.

Do Not Rely on Child Health Advice on Internet

UK researchers say that browsing the internet in the hope of finding a good advice for your child's medical problem is a waste of time as medical information on various sites is unreliable.
Advertisement

The Partnership for Maternal, Newborn and Child Health, an international alliance of groups set out to improve maternal and child health has expressed the requirement for an additional $US30 billion.
Advertisement
"These results serve to highlight a major public health problem pediatricians have observed for years," said John M. Pascoe, MD, MPH, FAAP. The investigators believe that the explanation for the high level of child underinsurance among lower income families whose children do not qualify for public insurance is the high deductibles and co-pays imposed by their private insurance companies. Many parents believe their children's health has suffered as a direct result of their inability to afford recommended care for their underinsured children."

The Coverage Evaluation Survey 2009 shows significant increase in major indicators for maternal and child health including immunization.
Advertisement
Advertisement
This site uses cookies to deliver our services.By using our site, you acknowledge that you have read and understand our Cookie Policy, Privacy Policy, and our Terms of Use  Ok, Got it. Close
×