New study highlights that recently diagnosed cancer survivors are more likely to have unhealthy lifestyle behaviors such as drinking alcohol and using tobacco. The findings of the study are published in the journal Cancer.

Recently diagnosed cancer survivors are more likely to drink alcohol, use tobacco, and frequent tanning beds than people in later stages of recovery, according to a research team from the Virginia Tech Carilion Research Institute and Roswell Park Comprehensive Cancer Center.

The study describes how the same people with a recent diagnosis of cancer are less likely to be physically active, to eat vegetables, and to participate in health screenings.


‘Recently diagnosed cancer survivors are more likely to drink alcohol and use tobacco than people in later stages of recovery, reveals a new study.’


"There are a number of unique factors that can complicate the future for people with cancer, such as stage of disease, their treatment status, the years since they were diagnosed," said Warren Bickel, an author of the study and a professor at the VTCRI. "We found that, for people who are closer in time to their original diagnosis, they tend to discount the future more."

Researchers surveyed 1,000 people who had been diagnosed at different times with a variety of cancer types at various stages. Across the board, the participants who were most recently diagnosed were more likely to make unhealthy choices, reflecting a devaluation of the future. This inability to value the future as much or more than the present is referred to as delay discounting.

The study offers insight into the decision processes underlying health behaviors of people who have uncertain futures compounded by the physical and emotional trauma cancer can cause, according to Bickel, who is also a professor of psychology in Virginia Tech's College of Science, director of the VTCRI Addiction Recovery Research Center, and co-director of the VTCRI Center for Transformative Research on Health Behaviors.

Bickel began collaborating with Christine Sheffer, the lead investigator on the study, when they both served as faculty at the University of Arkansas for Medical Sciences. Sheffer is currently an associate professor of oncology in the Department of Health Behavior at Roswell Park, a comprehensive cancer center in Buffalo, New York.

"Among cancer survivors, healthy lifestyle behaviors are linked with improved cancer outcomes and enhanced quality of life," Sheffer said. "But a cancer diagnosis can make people feel uncertain about the future, which can contribute to discounting the positive impact of healthy behaviors like quitting tobacco, physical activity, and healthy eating."

While this is the first time that researchers have observed people with cancer demonstrating behaviors consistent with a devalued view of the future, Bickel's team at the VTCRI has spent years studying the phenomenon in people with substance use disorders, such as addictions to alcohol, drugs, and smoking.

They've also documented the behavior in other populations, including people with obesity and/or prediabetes, where people devalue the future in favor of immediate satisfaction. In other words, a person with a high rate of delay discounting values an alcoholic drink or fatty food now, more than the possibility of sobriety or better health in the future.

"This valuation process doesn't keep to one area; it permeates a person's life. A person with an addiction to opioids, for example, will most likely take $50 dollars now over $500 in two weeks," Bickel said. "This person discounts the future so much that $500 in two weeks doesn't even seem like a real option - they can't plan that far in advance when they're trying to navigate the present."

The researchers saw the same kinds of health choices made by the cancer patients who were most recently diagnosed, suggesting that pervasive delay discounting of the future actually functions as a trans-disease process. The time window also suggests that this trans-disease process manifests as a result of particular life events.

"We're seeing that within an individual with a disorder if they discount the future a lot, this discounting is not manifested in one particular area of their life; rather, discounting becomes a part of how they approach all things," Bickel said. "A high delay discounting rate has become a trans-risk factor that cuts across multiple behaviors."

The identification of delay discounting rate as a risk factor across disorders suggests that it might also be a potential therapeutic target for changing multiple unhealthy behaviors, according to the researchers.

"In part, this identification of a trans-risk factor is exciting for diagnostics. Take a patient with cancer. It's not a good health plan for them to drink, smoke, or go tanning. Their doctor could identify if they're more likely to do those things and if so, provide additional interventions beyond medical monitoring," Bickel said.

He pointed to therapeutic interventions, such as non-invasive brain stimulation techniques and cognitive reframing of the context in which a decision is viewed, that show promise in decreasing delay discounting rates for people who smoke cigarettes and people who overeat.

"If all these behaviors are related to discounting in an individual, and we find a way to intervene and significantly modify this phenomenon, would the effects be specific to one behavior or broad across many behaviors?" Bickel asked. "We don't know the answer yet, but we think that if we develop a way to make individuals value the future more, the effects would be broad."

The most recent study extends Bickel's work of more than 30 years beyond addiction to a new domain and offers a new understanding of a broad range of challenging health behaviors.

"We're building a scientific understanding of an important and poorly recognized decision process," Bickel said. "We still have a lot of work to do. As we learn more, we're beginning to understand that this is at least a part of the process that underlies more and more behaviors." 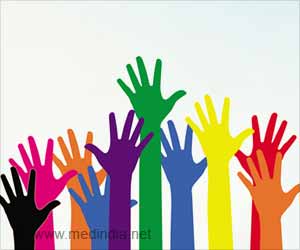 International Cancer Survivors Day 2018
The international cancer survivors day is a celebration for those who survived cancer and shows that there is a life after cancer.
READ MORE 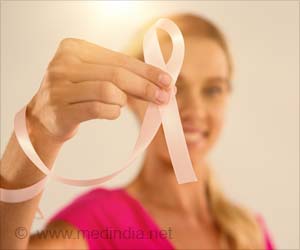