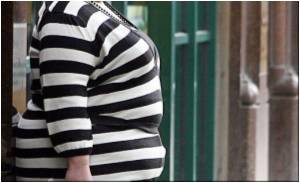 Yale School of Medicine researchers seem to have an idea why two people consuming the same high fat diet have different weights.

According to reseachers, weight is set before birth in the developing brain.

Led by Tamas Horvath, the research team analysed the same question in specific groups of rats.


These animals have been bred so that their vulnerability to diet-induced obesity is known before they would be put on high-fat, high-calorie diet diets.

Body mass index (BMI) is a simple tool that is generally used to estimate the total amount of body fat.
Advertisement
Horvath said animals that become obese already had a significant difference in the feeding centre of the brain.

Neurons that are supposed to signal when you've eaten enough and when to burn calories, are much more sluggish in these animals because they are inhibited by other cells.

In animals resistant to obesity, these satiety signalling neurons are much more active and ready to signal to the rest of the brain and peripheral tissues when enough food has been consumed.

"It appears that this base wiring of the brain is a determinant of one's vulnerability to develop obesity. These observations add to the argument that it is less about personal will that makes a difference in becoming obese, and, it is more related to the connections that emerge in our brain during development," said Horvath.

Horvath points to other unwanted consequences of these brain mechanisms.

"Those who are vulnerable to diet-induced obesity also develop a brain inflammation, while those who are resistant, do not. This emerging inflammatory response in the brain may also explain why those who once developed obesity have a harder time losing weight," he said.

"What genetic, epigenetic and environmental factor determines this base wiring in the brain is a very important issue to address. Specifically, the emerging view is that besides genetics, maternal impact on the developing brain is likely to be critical to imprint these feeding circuits thereby determining one's vulnerability or resistance to obesity," said Horvath.

The results have been published in the Proceedings of the National Academy of Sciences.

Macrobiotics is an Oriental theory that lays down guidelines for promoting well-being and longevity through ...