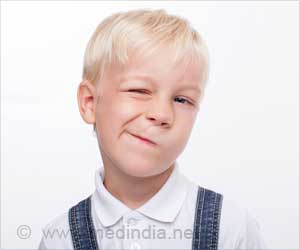 Real-time fMRI neurofeedback could be a potential new therapy for Tourette syndrome, reports a new study. The findings of the study are published in the journal Biological Psychiatry.

Characterized by repetitive movements or vocalizations known as tics, Tourette Syndrome is a neurodevelopmental disorder that plagues many adolescents.

A study conducted by Yale researchers has trained adolescents with Tourette Syndrome to control their tics through an imaging technique that allows patients to monitor the function of their own brain in real-time.


The study utilized real-time functional magnetic resonance imaging neurofeedback (rt-fMRI-NF), which is a relatively new technique with great potential for treating neuropsychiatric disorders, according to Michelle Hampson, senior author and associate professor in the Department of Radiology and Biomedical Imaging. "It is a non-invasive, neuroscience-based intervention for training human brain function towards healthier patterns," Hampson said.
Advertisement
Although researchers have explored the clinical utility of this technique in treating conditions from depression to Parkinson's disease, this study marks the first time that it has been tested as a clinical intervention for Tourette Syndrome.

The study enrolled individuals with Tourette Syndrome ages 11 to 19 years who displayed a certain frequency of tics as measured by the Yale Global Tic Severity Scale. Subjects were tasked with alternately raising and lowering activity in the supplementary motor area, a brain region associated with tics in Tourette Syndrome, which was displayed to them as a real-time graph during the brain imaging scans.

The researchers found a significant reduction of tics in subjects during the training, which exceeded symptom improvements in a control condition (the control condition was designed to induce similar placebo and motivation effects but did not involve real neurofeedback), suggesting that the neurofeedback may be helpful for treating Tourette symptoms.

"Currently available treatments for tics in Tourette Syndrome include behavior therapy and pharmaceuticals, but not everyone responds. This is the first study of its kind showing that rt-fMRI-NF has potential as a treatment for Tourette Syndrome," said Denis Sukhodolsky, co-author and associate professor in the Yale Child Study Center. This was an early-stage study with small sample size, but the promising results should encourage further research, said the investigators.

Significant Breakthrough as Genes Involved in Tourette Syndrome Identified
Four genes that are involved in the development of Tourette syndrome have been identified by a ......

Children With Tourette Syndrome Have an Advantage at Language
Children with Tourette syndrome are faster at assembling sounds into words - the part of language .....