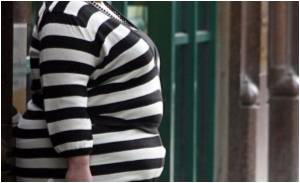 Obese women sustain higher levels of oestrogen than women of normal weight even after treatment with hormone-suppressing drugs, raising the chances that they may gain from changes to their treatment.

The study, led by a team at The Institute of Cancer Research in London and The Royal Marsden NHS Foundation Trust, found hormone-suppressing drugs did markedly reduce oestrogen levels in obese women - but that their levels of oestrogen remained more than double those of women of normal weight.

The research, which is published today in the Journal of Clinical Oncology, could lead to improvements in doctors' ability to select the most appropriate treatment for overweight and obese women. But scientists stressed the effect of obesity was modest and that women taking breast cancer treatment should not be concerned by the findings.


Over three-quarters of breast cancers require oestrogen to grow, so one of the main ways of treating the disease is by blocking the hormone's production or action. Obese women have higher levels of oestrogen than women of normal weight, and the new findings show that although their oestrogen levels are markedly reduced with hormone-suppressing drugs called aromatase inhibitors, the levels are higher during treatment than those in similarly treated normal weight women.

Senior author Professor Mitch Dowsett, a team leader in the Breakthrough Breast Cancer Research Centre at The Institute of Cancer Research and head of the academic department of biochemistry at The Royal Marsden, said: "We found that women with higher BMIs had more oestrogen remaining in their blood after treatment than healthy-weight women, which is consistent with previous suggestions that aromatase inhibitors might be slightly less effective in these women.

"Our findings are based on laboratory studies, so we would need to carry out clinical trials to tell us whether women with a higher BMI would benefit from changes to their treatment. Women with higher BMIs should certainly not be alarmed by this finding or stop taking their treatment. Our study takes us a step closer to understanding which of the treatment options available might be the most suitable for individual women."

Professor Dowsett and colleagues set out to probe a recent study that indicated the aromatase inhibitor anastrozole was no more effective than older-style tamoxifen in women with higher BMI, unlike in the general population where it is clearly more effective.

One possible explanation is that tamoxifen is more effective in overweight women, but the team wanted to investigate the other possibility - that in these women aromatase inhibitors are less effective.

The scientists examined two aromatase inhibitors: anastrozole and a more potent drug called letrozole. The study included 54 postmenopausal women with oestrogen receptor positive breast cancer who were treated at the Edinburgh Breast Unit with either three months of adjuvant anastrozole followed by three months of letrozole, or the drugs in the opposite sequence. Data on body mass index (BMI) and oestrogen levels - before and after treatment with the first drug, as measured by levels of estradiol and oestrone sulphate in the blood - were available for 44 patients.

After treatment with letrozole, women with BMIs of 30 to 35 still had levels of plasma oestrogen nearly three times as high as for healthy-weight women. The same trend was found for anastrozole, but did not reach statistical significance.

Professor Alan Ashworth, Chief Executive of The Institute of Cancer Research, said: "Aromatase inhibitors have played an increasing role in breast cancer treatment over the past decade, so it is important to understand the factors that affect how well they work in individual women in order to allow doctors to choose the best possible drug from the range available."