Rates of Cancer Screening Do Not Meet Existing Guidelines 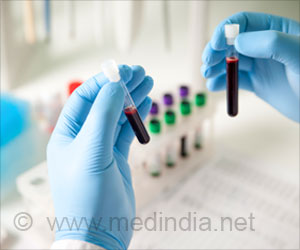 Patients who have received organ transplants are at higher risk of developing and dying of cancer than the general population. Yet their rates of cancer screening do not meet existing guidelines, finds a new study.

The study, published online in the American Journal of Transplantation, examined the health records of 6,392 patients who had organ transplants in Ontario between 1997 and 2010.

Artificial Sweetener Sucralose is Safe, Does Not Cause Cancer

SPLENDA is one way consumers can safely reduce their added sugar and calorie consumption, which we know is important to long-term health.
Advertisement
‘Transplant recipients should be aware they have a heightened risk of developing and dying from cancer and should advocate with their health-care providers to be screened.’

"Most of the organ transplant recipients had periods when they were not up-to-date on colorectal, cervical or breast cancer screening," said senior author Dr. Nancy Baxter, a colorectal surgeon at St. Michael's Hospital and senior scientist at the Institute for Clinical Evaluative Sciences.


In fact, a sizeable portion of them had no cancer screening at all during the study, said Dr. Baxter.

"Many patients don't see cancer screening as a high priority, because their main health concern is their transplant," she said. "Transplant recipients should be aware they have a heightened risk of developing and dying from cancer and should advocate with their health-care providers to be screened."

Researchers in the US found that poor environmental quality is particularly strongly linked to prostate and breast cancer cases.
Advertisement
Current cancer screening guidelines for transplant recipients in Canada generally parallel the guidelines for the general population.

Dr. Sergio Acuna, the study's lead author and a PhD candidate in clinical epidemiology and health-care research at St. Michael's, said transplant recipients who were routinely seeing their family physician were more likely to be screened for cancer than those followed by a transplant specialist alone.

Comorbidities--additional conditions including heart disease and diabetes--and life expectancy also had an effect on recipients' likelihood of being screened, according to the authors. The study found that patients with more comorbidities were less likely to be up-to-date with cancer screening.

Previous work by Drs. Baxter and Acuna found that people who had organ transplants were three times more likely to die from cancer than the general population and that cancer was a leading cause of death among these patients.

It is well known among clinicians and researchers that cancer screening leads to the detection of cancer at early stages, according to Dr. Acuna.

Although there are no clinical trials demonstrating that this screening benefit applies to organ transplant recipients, it is unlikely to change given that clinical trials require large numbers of people to provide accurate data and the transplant population is relatively small, he said.

Dr. Acuna said this inconsistency could be one reason for low screening rates in this population, and patients and their physicians should be aware of the need for cancer screening.

"In Canada, the guidelines are not comprehensive, and there are no specific guidelines for most types of solid organ transplant," he said. "Family doctors, transplant specialists and transplant recipients should all be aware that cancer screening guidelines for the general population should also apply to them or their patients."

Penile Cancer Treatment: Brachytherapy is a Better Option Than Surgery

Can Watching Movies Replace General Anesthesia for Kids With Cancer?

A new research finds that watching videos could replace general anesthesia for kids with cancer having radiotherapy.