A study of nerve tissue from six horses has found that horses with a rare nerve condition have similar signs of disease as people with conditions such as Alzheimer's disease.

The disease -- called equine grass sickness -- attacks nerve cells in horses and causes gastric upset and muscle tremor. It can kill the animal within days if not diagnosed quickly.

Researchers from the University of Edinburgh's Roslin Institute and Royal (Dick) School of Veterinary Studies in Scotland found that horses affected by the disease could also hold clues to human conditions.


A study of nerve tissue from six horses that had died from equine grass sickness revealed that the horse tissue contained proteins that are commonly seen in the brains of people with Alzheimer's disease, such as the build-up of amyloid protein.

In total, 506 different proteins were found to be altered in nerve tissue from horses with grass sickness, compared with animals that had died from other causes.

This knowledge could help to develop tests for detecting the condition in horses, which can be tricky to diagnose.

Around two percent of horses die from grass sickness each year in Britain. The disease occurs almost exclusively in grass-fed animals, including ponies and donkeys. A similar condition is thought to affect cats, dogs, hares, rabbits, llamas and possibly sheep.

The study was published in the journal Molecular and Cellular Proteomics. 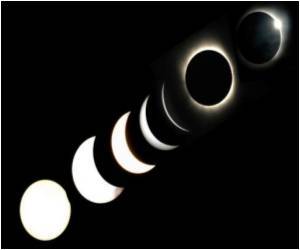 Comets Smell Like Rotten Eggs, Horse Urine, Reveals Study
A new study has revealed that the smell of comets is quite strong, with the odor of rotten eggs (hydrogen sulphide), of horse stable (ammonia) and the pungent, suffocating odor of formaldehyde.
READ MORE

Horses Have Facial Expressions Similar to That of Human Beings
Despite the differences in face structure between horses and humans, researchers have identified some similar expressions in relation to movements of the lips and eyes.
READ MORE 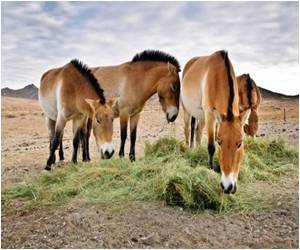 Horses, Rhinos Have Originated from India: Study
Ancestor of horses and rhinos originated on the Asian subcontinent while it was still an island, suggests a new study.
READ MORE