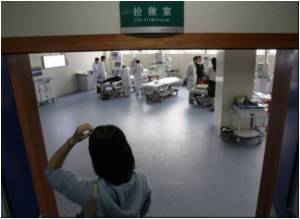 An analysis article in CMAJ (Canadian Medical Association Journal) says that Canada needs a national approach to funding drugs for rare diseases and can learn from other countries.

Due to relatively small markets, pharmaceutical companies may be reluctant to conduct research into new treatments or to manufacture drugs, and there is a constant risk that they may stop making these drugs. A partnership is needed between the federal government, pharmaceutical companies and the medical communities to ensure people with rare diseases can get treatment.

"In stark contrast to other developed nations and despite the fact that the number of rare diseases continues to increase along with the number of individuals affected, Canada does not have a policy framework connecting these three groups, and attempts to function with a relatively piecemeal approach," writes Dr. Chaim Bell, St. Michael's Hospital, Toronto and coauthor.


The paper outlines several elements that are part of rare disease policies in other jurisdictions such as the United States, the European Union, Japan and Australia. Two elements that Canada could incorporate in the short term would be to define rare diseases and to develop patient registries to track disease characteristics, treatments and health outcomes.

Mosquito-borne diseases, like malaria, filaria, dengue, etc are common in places conducive of mosquito breeding. Swamps, ponds and stagnated drainage provide optimal breeding ground for mosquitoes.
Advertisement
In the longer term, Canada needs to create formal rare disease drug legislation, which could include incentives for pharmaceutical companies to invest in developing new drug treatments. The authors suggest an alternate economic evaluation to ensure there is public funding for these drugs.

"This funding would be rooted in the rule of rescue: the imperative that therapies should be provided to individuals suffering from life-threatening diseases in the absence of any other alternatives, irrespective of cost," state the authors. "In the context of treatment for rare diseases, adopting the rule would allow public funding of expensive drugs that would potentially help a very small number of Canadians." The rule of rescue is used to explain why expensive rescue missions are undertaken to rescue a single person lost at sea.

"It is time for Canada to take bold and decisive steps and develop a nation-wide and federally financed approach to rare diseases that ensures adequate health care for all Canadians," they conclude.

Alzheimer''s disease is a progressive neurodegenerative disease affecting memory and thinking and making the person increasingly dependent on others.
Advertisement
Advertisement

Understanding the role of Third Party Administrator (TPA) in the world of health insurance and how the TPA ...
This site uses cookies to deliver our services.By using our site, you acknowledge that you have read and understand our Cookie Policy, Privacy Policy, and our Terms of Use  Ok, Got it. Close
×