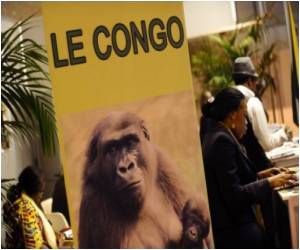 Are u the kind of tourist ready to go to different and thrilling places, there's a queue of destinations welcoming you from mountain ranges of Pakistan to vacation in Kuwait where the sand is really really hot and finally to heli-skiing in Uzbekistan.

166 nations jostled for attention this week at the World Tourism Trade Fair in Madrid.

Once believed as the most polluted spot in Montenegro, the remote northern town of Mojkovac is trying to shake off the stigma and promote itself as a clean and new eco-tourism hub.
Advertisement

Pakistan International Airlines joined for the first time, keen to get some of the action from 200,000 trade and general public visitors anticipated at the five-day fair ending Sunday.


"We are here to promote our new route from Barcelona to Chicago," two cities with large Pakistani communities, said the airline's Spain director, Saleem Ullah Shahani.

Dubai opened on Sunday a restaurant 422 metres (1,350 feet) up in the sky on the 122nd floor of the world's tallest building, Burj Khalifa, its developers said.
Advertisement
"We also wanted to show that Pakistan still exists for tourism, even if the situation is complicated right now," he added, conceding there are some "security problems".

Rising religious extremism is a grave concern in Pakistan, where this month a provincial governor was shot and killed by his own bodyguard because he wanted to amend stringent anti-blasphemy legislation.

And any tourists will probably want to steer clear of the tribal belt of northwestern Pakistan, suspected by Western intelligence agencies to be the global centre of Osama bin Laden's Al-Qaeda.

"Before 2009 we used to take many tourists to Pakistan to go to the mountains, which are more beautiful than in Switzerland. Now there are still tourists but very few," Shahani said.

Pakistan is also keen to foster business tourism, he said.

For Kuwait, the challenge is to show off its natural heritage and erase a cliche conception of the country.

"We have the nicest deserts in the world, clear skies, a very beautiful coast with sandy beaches and even if the temperature is more than 50 (Celsius, or 122 Farenheit) in July and August, it's dry heat so it's like we are in heaven," he said.

Of course, alcoholic drinks are not allowed in cafes and restaurants. "But we are not a very strict religious country; we have many entertainments," he added.

Kuwait brings in 700,000 tourists a year but it has a 15-year plan to attract families and also "become again the business and financial centre of the region, like we were before the occupation."

Uzbekistan wants to be another tourism magnet. With just 1.3 million arrivals a year now, it nevertheless has high ambitions. It is a country of 28 million people, and "we want to have 28 million tourists," said the national tourism office chief, Rustam Mirzaev.

"We have very important assets but we have not promoted them," the tourism boss said.

Four of Uzbekistan's cities are classified as World Heritage sites by UNESCO, he said.

And for those who want more than culture, the tourism brochure says Uzbekistan is "one of the best places in the world for heli-ski," a sport in which you are dropped off at the top of a mountain slope by helicopter and ski your way down.

Uzbekistan has rejected accusations of mass human rights violations, notably the regime's systematic stifling of all form of opposition, which are regularly voiced by rights groups.

In a bizarre circumstance, a new hotel has opened in the heart of Madrid proudly declaring that it's complete
Advertisement
<< Facebook, Twitter - Making Us Less Human
Lady Gaga Suffered from Trauma >>

Angola Tourism may be Boosted by Lure of Adventure Fishing

Drug Interaction Checker Blood Donation - Recipients Diaphragmatic Hernia Find a Doctor Indian Medical Journals Blood - Sugar Chart Iron Intake Calculator The Essence of Yoga Drug - Food Interactions Sinopril (2mg) (Lacidipine)
This site uses cookies to deliver our services.By using our site, you acknowledge that you have read and understand our Cookie Policy, Privacy Policy, and our Terms of Use  Ok, Got it. Close
×