Keystone Antarctic species, the shrimp-like krill and other countless micro-organisms, are on the brink of extinction because of the environmental changes, warn experts.

According to the International Program on the State of the Oceans, the oceans are absorbing so much carbon dioxide that they are acidifying at an unprecedented rate, the Sydney Morning Herald reported.

Geological records show that the present acidification is unmatched to at least the last 300 million years.


The report also claimed that the smallest of the creatures, particularly the krill, who is at the centre of the food web in the Antarctic marine ecosystem, are said to be showing some of the early signs of acidification damage.

Biologist So Kawaguchi said that Antarctic krill were experiencing changing climate stressors like rising temperatures and changes in their planktonic food production.

Kawaguchi said that in an aquarium world with carbon dioxide elevated at predicted rates, krill eggs failed to develop properly.

According to the report, if emissions did not reduce, harm would increase in the coming decades to the point where by 2300 krill would be unable to hatch in vast areas of the Southern Ocean. 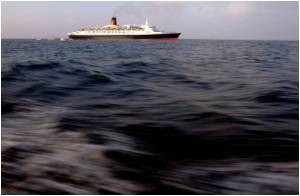 New Chemical-Free, Anti-Bacteria Plastic 'Skins' Developed, Inspired By Marine Life
A team of five companies has come together to create anti-microbial surfaces for use on ships, lenses and even medical devices - all inspired from marine animals.
READ MORE