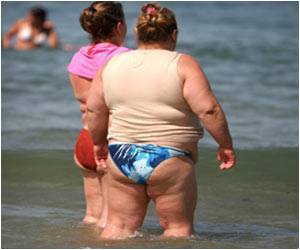 Vibrio vulnificus is found in warm saltwater that causes people to get sick or die. Every summer people are reported to be infected after they eat raw tainted shellfish or when an open wound comes in contact with seawater.

People with a weakened immune system, chronic liver disease or iron overload disease are most at risk for severe illness. Vibrio vulnificus infections in high-risk individuals are fatal 50 percent of the time.

Non alcoholic fatty liver disease (NAFLD) is the leading cause of liver dysfunction worldwide and is a rapidly growing health problem in India.
Advertisement

Now, researchers at UCLA have figured out why those with iron overload disease are so vulnerable. People with the common genetic iron overload disease called hereditary hemochromatosis have a deficiency of the iron-regulating hormone hepcidin and thus develop excess iron in their blood and tissue, providing prime growth conditions for Vibrio vulnificus.


The study also found that minihepcidin, a medicinal form of the hormone hepcidin that lowers iron levels in blood, could cure the infection by restricting bacterial growth.

"This is the first time that the association of hepcidin deficiency and susceptibility to Vibrio vulnificus infection was tested," said senior author Dr. Yonca Bulut, a clinical professor of pediatrics at Mattel Children's Hospital at UCLA and a researcher with the UCLA Children's Discovery and Innovation Institute. "The dramatic effectiveness of the new treatment, even after the infection was established, was impressive."

To conduct the study, researchers compared the fatality of Vibrio vulnificus infection in healthy mice with mice that lacked hepcidin, modeling human hereditary hemochromatosis. The results showed that the infection was much more lethal in hepcidin-deficient mice because they could not decrease iron levels in the blood in response to infection, a process mediated by hepcidin in healthy mice.

Giving minihepcidin to susceptible hepcidin-deficient mice to lower the amount of iron in the blood prevented infection if the hormone was given before the Vibrio vulnificus was introduced. Additionally, mice given minihepcidin three hours after the bacterium was introduced were cured of any infection.

Hereditary hemochromatosis is a genetic disease that causes the body to absorb and store too much iron. It affects as many as 1 in every 200 people in the United States. Since it can take decades for the body to store damaging levels of iron, many people may not be aware that they have the disease until signs of the condition begin to appear later in life.

The co-directors of the UCLA Center for Iron Disorders, Dr. Tomas Ganz, a professor of medicine and pathology at the David Geffen School of Medicine at UCLA, and Elizabeta Nemeth, a professor of medicine at UCLA, led the invention of minihepcidins at UCLA. Minihepcidins are being developed for treatment of iron-overload disorders, such as hereditary hemochromatosis and Cooley's anemia. The use of minihepcidin to treat potentially lethal infections is a possible new application.

"We found that hepcidin is required for resistance to a Vibrio vulnificus infection," said the study's lead author Joao Arezes, a visiting graduate student from the University of Porto in Portugal. "The development of the treatment tested in mouse models could reduce the high mortality rate of this disease."

The next stage of research is to understand why Vibrio vulnificus bacteria become so lethal when iron levels are high, and to learn which other microbes respond similarly to excess iron.

The research was conducted at the UCLA Center for Iron Disorders.

Other study authors were Grace Jung, Victoria Gabayan, Erika Valore, Piotr Ruchala, Ganz and Nemeth, all of UCLA, and Paul Gulig of the University of Florida.

The study was funded by the UCLA Today's and Tomorrow's Children Fund, the UCLA Stein/Oppenheimer Endowment Award, the UCLA Children's Discovery and Innovation Institute and the National Institutes of Health (grant R01 DK090554).

The Regents of the University of California is the owner of patents and patent applications directed at minihepcidins and methods of use thereof, which are managed by UCLA's Office of Intellectual Property and Industry Sponsored Research. This intellectual property is licensed to Merganser Biotech, for which authors Ruchala, Ganz and Nemeth are scientific advisors and equity holders. Other disclosures are available in the manuscript.

Immune System Can Be Badly Affected By Sleep Loss

Scientists from Netherlands and the United Kingdom have proved that severe sleep loss and physical stress are equally detrimental and can adversely affect our immune system.
Advertisement
Advertisement

Diamond Blackfan Anemia (DBA) is a rare blood disorder first described in 1938 by two doctors at the Boston ...

Learn more about hemochromatosis or iron overload, its symptoms, causes and treatment.

Minerals are important for our body and are helpful to keep the vital organs functioning. Hence we should ...