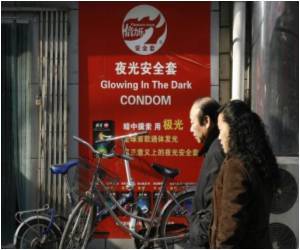 Syphilis was almost wiped out in China 50 years ago, but has increased 10-fold over the past decade to emerge as one of the country's top five infectious diseases, the China Daily said, quoting the ministry of health.


The report follows an article in the New England Journal of Medicine last month that said one child was born with syphilis in China each hour as infected men pass it onto their wives, who in turn pass it to their foetuses.

It added that at least a third of homosexual men were also married due to social pressures, further increasing transmission to spouses.

Syphilis is a bacterial infection which can be easily treated with antibiotics if diagnosed early, but if left untreated can lead to paralysis, blindness and death.

However, the spread of syphilis in China is further fuelled by a social stigma that discourages sufferers from seeking treatment, experts have said.

China had 32,000 new reported infections in May alone, including two deaths, the China Daily said.

China's rapidly growing economy has spurred huge population movements and a massive prostitution industry that have led to the resurgence of syphilis, the newspaper quoted experts saying.

"Massage parlours" and other venues for prostitution are ubiquitous in Chinese cities, despite it being illegal.

The newspaper said six million Chinese women were believed involved in the sex trade, but other independent estimates have put the figure twice as high.

No other country has seen such a rapid rise in syphilis cases since the discovery of penicillin, the New England Journal of Medicine article said.

SyphilisChlamydia TrachomatisProstitution: Fresh Stakes in the Oldest TradeTop Ten Trivial Sex FactsSyphilis - Tests and Diagnosis
Sign up for Wellness Consult a Doctor Sign up for Selfcare