People are frustrated in Egypt during the Muslim holy month of Ramadan due to power and water cuts, soaring costs, scorching heat and anxiety over the country's supply of wheat.

Angry villagers cut off a highway in the Fayoum governorate in protest at power cuts last week. The police were sent in to quell the demonstration, but the problem of power outages has not been resolved. 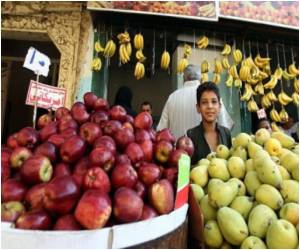 Egyptians buy fruits at a shop in downtown Cairo 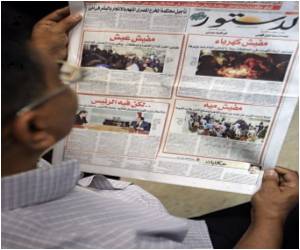 Elsewhere a young man with a heart condition was reported to have died amid a crowd jostling to buy bread. Independent newspapers called him "the first victim of the bread queues in Ramadan."


Protests are picking up across Egypt, usually over water or power cuts.

And with three months to go until a parliamentary election, the ruling National Democratic Party (NDP) has reportedly been embarrassed by the breakdown in essential services.

Adolescent depression is an ailment that occurs during the teenage characterized by persistent melancholy, disappointment and loss of self-esteem.
Advertisement
One reason for the problem for this is the increased demand for power in the evening and night during Ramadan, while another is old and out-dated infrastructure.

Prices are also soaring because of increased consumption during the holy month, when Muslims fast from dawn until sunset but feast during the hours of darkness.

Newspapers report increases in the prices of sugar, rice and vegetables -- up to 30 percent in some places. Meat and poultry prices have risen even more.

"Employees have to borrow from family and friends," she added.

Kamal Salem, a driver, said: "There are now queues for everything, whether meat or bread," referring to queues outside government associations where cheaper products are sold.

A recent decision by Russia to suspend wheat exports has also increased anxiety in Egypt, the world's largest wheat importer.

Russia -- the world's third largest wheat exporter -- said it would ban the export of grain from August 15 until December 31 to keep prices down at home amid the worst drought to hit the country in decades.

Egyptian government officials say they have the situation under control.

Trade Minister Rashid Mohammed Rashid said there is enough stored wheat to produce bread for four months, a vital source of nourishment in a country where 40 percent of the population subsists on two dollars or less a day.

In the longer term, the electricity ministry has promised to build new power stations, and officials also talk of plans to build a nuclear reactor on the Mediterranean coast in the west.

But for the moment, the ministry has called on Egyptians to conserve power and cut back on display lights and the large lanterns that adorn homes and buildings during the month of Ramadan.

Three months ahead of the parliamentary election expected in November, the NDP is reportedly increasingly dissatisfied with the government's performance.

The independent daily Shorouk reported on Saturday that the power outages and recriminations between the oil and electricity ministries over who is responsible for them have embarrassed the ruling party.

There is also renewed protest against a gas deal that supplies Israel with an estimated third of its natural gas consumption, with some linking the power cuts to gas shortages, the newspaper reported.

Israel and Egypt signed a peace deal in 1979, but relations between the two states can be strained at the best of times.

Online Depression Screening Test tells if you have mild or chronic depression based on your depression symptoms. Learn how to deal with depression by using this self-assessment calculator.
Advertisement