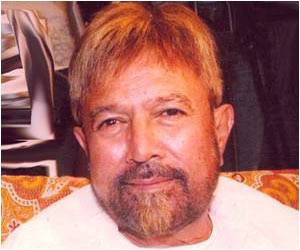 Rajesh Khanna - Bollywood's first superstar passed away on Wednesday. He was 69.

Khanna died a day after being discharged from Mumbai's Lilavati Hospital.

Heat exhaustion is a heat-related illness and occurs when the body gets too hot. Heat exhaustion occurs due to dehydration and loss of electrolytes through the skin.
Advertisement

Reports said that Khanna's health had deteriorated again following which he was put on ventilator support at his home 'Aashirwad' in Mumbai's Bandra suburb.


Outside Khanna's residence, swarm of fans broke down on being told of the news of his death.

The actor was once the most revered matinee idol of Bollywood - someone who enjoyed unprecedented adulation from his fans across the country.

A new neurological study proposes a new type of therapy that may help people with symptoms such as pain, weakness, or dizziness that can't be explained by an underlying disease.
Advertisement
Media reports said that Khanna's cremation and funeral rites would take place this evening .

Rajesh Khanna's health started deteriorating in April this year when the actor stopped taking food and complained of exhaustion and weakness.

The actor had been a frequent visitor to the Lilavati Hospital in the past one month.

On June 20, it was reported that Khanna had stopped taking food. But the next day, he emerged at the balcony of his home 'Aashirwad' in Carter Road in Bandra and had waved to his fans to assure that he was fine.

But on June 23, he had to be admitted to hospital due to exhaustion and weakness.

Khanna had recently appeared in his first TV ad for for Havell's fan, directed by R Balki.

Rajesh Khanna was born Jatin Khanna on December 29, 1942 in Amritsar. He was also a film producer and a politician.

He appeared in 163 feature films. He was the lead actor in 128, including 106 as the solo lead hero.He won three Filmfare Best Actor Awards and was nominated for the same fourteen times.

He received the maximum BFJA Awards for Best Actor (Hindi) - four times and was nominated 25 times. He was awarded the Filmfare Lifetime Achievement Award in 2005.

Khanna made his debut in films in 1966 with Aakhri Khat and rose to prominence with his performances in films like Raaz, Baharon Ke Sapne, Ittefaq and Aradhana and Anand.

He is survived by his estranged wife Dimple Kapadia and two daughters Twinkle and Rinkie.

The biochemical weakness of the lethal malaria parasite has been discovered by researchers from the University of Copenhagen.
Advertisement
<< Novel Model Of Alzheimer's Disease Ropes in New York Stem Ce...
Lack of Physical Exercise Kills 5 Million a Year: Lancet Rep... >>

Find a Hospital Drug Interaction Checker Noscaphene (Noscapine) The Essence of Yoga Daily Calorie Requirements Hearing Loss Calculator Selfie Addiction Calculator Indian Medical Journals Vent Forte (Theophylline) Blood Donation - Recipients
This site uses cookies to deliver our services. By using our site, you acknowledge that you have read and understand our Cookie Policy, Privacy Policy, and our Terms of Use