Raising Money for Charity With a Red Nose 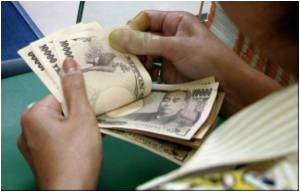 Warwick district on Friday was abuzz with interesting activities for a worthy cause- to raise money for charity.

Many fundraisers were seen sporting red noses and wearing fancy dresses for the Red Nose Day fun. Staff at Sainsbury's in Leamington also raised £7,000 by participating in the 'red nose conga' and leg waxing.

A US charity has claimed that it had paid 26 female drug addicts in UK to have contraceptive coils or implants fitted.
Advertisement

Some schools put up sale of cakes and conducted fancy dress events to raise funds.


The effort put by people in the district helped raise a whopping £73.4 million.

It has emerged that more than 40 celebrities and designers have come forward to design bras for a breast cancer charity.
Advertisement
<< Three Year Old Toddler Weighs 60kg
Boob Jobs Appear to be a Hot Favorite >>

Diaphragmatic Hernia Find a Doctor Post-Nasal Drip Nutam (400mg) (Piracetam) Sinopril (2mg) (Lacidipine) Calculate Ideal Weight for Infants The Essence of Yoga Loram (2 mg) (Lorazepam) A-Z Drug Brands in India Iron Intake Calculator
This site uses cookies to deliver our services.By using our site, you acknowledge that you have read and understand our Cookie Policy, Privacy Policy, and our Terms of Use  Ok, Got it. Close
×