Employees' share of health care cost keeps rising in the US 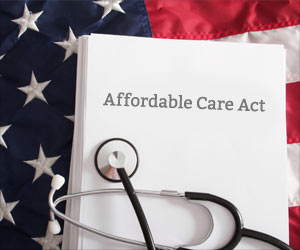 The rising cost of health insurance deductibles is adding a serious financial burden to many American citizens. Many people from lower and moderate income cadre have private insurance and they simply cannot afford the skyrocketing deductibles; they will have to simply put off medical care or incur medical debt.

Thirty-five percent of families under higher deductible plans (they have to spend $5,000 before the insurance could kick in) are finding it difficult as they do not have enough liquid assets to cover these deductibles. Those under the mid-range deductible plans are also under financial stress as these costs are added to health care costs, a mortgage or rent, school costs, car and home maintenance, with basics like food and clothing is a huge burden on the family budget.

Many Latinos Dont Care for Obamacare

Only 10% Hispanics are insured as they are worried about their relatives illegal status, and the gap of unaffordable premiums and Medicaid program enrollment.
Advertisement

This leads many Americans to make hard choices about when to go see a doctor, if they should fill that expensive prescription, or if they should treat a chronic injury.


As Kaiser's President and CEO Drew Altman wrote in the Wall Street Journal recently, high deductibles can be "a real barrier to needed care for people with moderate or lower incomes who are sick."

Filing tax returns is not easy and now with insurance subsidies or penalties, it can turn to be a nightmare.
Advertisement
President Obama criticized high deductible plans during their sales pitch for ObamaCare, calling them "substandard" or "junk plans".

People opt for these high deductible plans to pay lower premiums. When the deductible reaches $5,000-$6,000 per person, as compared to $1,200 earlier, it is simply not affordable. In fact, a recent study highlighted in the Los Angeles Times, found that 'employees' insurance premiums and out-of pocket medical expenses shot up 21% from 2007 to 2013 to an average of $3,273 a year."

President Obama's had promised that the premiums for a family of four would see a decrease of $2,500 under Obamacare  this has not happened.Americans are seeing their stagnating wages not go as far as they once did, they are now paying more for their insurance premiums and more for their deductibles  leaving many families struggling to cover the cost of their care.

What good is insurance if you can't afford to use it?

Do Republicans like Ryan understand the Social Security is the question asked or feign ignorance.
Advertisement
Advertisement