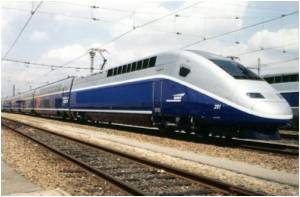 Railways have been asked by the Mumbai High Court to provide medical facilities to commuters who meet with accidents on the stations or tracks. A railway accident victim who had lost his legs, Samir Zaveri, had filed a public interest litigation (PIL).

Safety measures to implement quick medical assistance for accident victims have not been implemented by the railways argued Zaveri's advocate Suresh Kumar. Mr. Zaveri had also filed a contempt petition against the railways for failing to implement these safety measures. Western Railways advocate Suresh Kumar has stated that first aid is provided to accident victims at the station master's cabin. In accident cases the station master calls an ambulance from the toll free number 1298. But these ambulances are provided by the NGO's. With reference to this Justice Deshmukh asked, "The ambulances are provided by NGOs. What do you (railways) do?"

Looking at the entire scenario it is evident that at the time of accidents there has to be better co-ordination between the Government Railway Police (GRP), railway authorities and railway protection force. The final hearing has been scheduled on January 27, 2011.

Road Accident Risk Determined By Color Of Your Car
A new survey on usage of color of a car has observed that the color of a car plays a vital role to ....

Cataract Surgery Can Bring Down Road Accidents Too
Cataract surgery does not merely improve the vision and quality of life for the elderly, it can ......