Thoracic radiation therapy done for lung cancer, breast cancer, and lymphoma can harm cancer patients' quality of life as it worsens fatigue, and can cause difficulty breathing and lower capacity for physical activity, reports a new study. The findings of the study are presented at the ACC Advancing the Cardiovascular Care of the Oncology Patient.

The course examines new science and best practices in assessing, diagnosing and treating the unique cardiovascular concerns of patients with cancer and/or those requiring survivorship care.

Cardiovascular disease is the second leading cause of death in cancer survivors, and it is estimated that 14.5 million cancer patients and survivors have significant cardiovascular risk factors. As more cancer patients are surviving and living longer, more long-term care issues are coming to light. Thoracic radiation therapy is a type of cancer treatment directed at the chest, heart, and torso region and is highly effective in treating certain types of cancers in conjunction with chemotherapy. Thoracic radiation therapy can also cause side effects that can impact the quality of life.


‘Thoracic radiation therapy treatment can have a negative impact on the quality of life. Hence, engaging in more physical activity before treatment may improve symptoms over time. ’


Researchers in this study sought to examine thoracic radiation therapy as it impacted the quality of life in breast cancer, lung cancer, and lymphoma patients. The study, conducted from 2015 to 2018, examined 130 patients with either breast cancer, lung cancer, or mediastinal lymphoma who were treated with radiation to the chest. The median age of participants was 54 years, and 78.5% were women.

Researchers collected data before radiation therapy was administered immediately after the patient had received therapy, then five to nine months after the completion of radiation therapy. At each of these three-time points, patients were asked to self-report physical activity, which was assessed using the Godin-Shephard Leisure-Time Physical Activity Questionnaire (GSLTPAQ). Fatigue and shortness of breath were assessed using the Functional Assessment of Chronic Illness Therapy (FACIT) Fatigue and Dyspnea Scales.


"This study suggests that when a patient is treated with thoracic radiation therapy, it can have a negative impact on their quality of life early on. However, engaging in higher levels of physical activity before treatment may help to improve some of these symptoms over time," said lead author Sheela Krishnan, MD, a fellow in the cardiovascular division of the Hospital of the University of Pennsylvania. "This study also confirms that increasing levels of physical activity during treatment are associated with concurrent improvements in quality of life. Though we cannot establish a clear causal relationship from these findings, it does emphasize that physical activity and quality of life are closely linked."

Differences were observed between breast cancer and lung cancer and lymphoma patients, potentially due to differences in the delivered radiation doses. However, for all participants, accounting for the differences in chemotherapy and radiation dose they received, increases in physical activity over time were significantly associated with concurrent improvements in fatigue and shortness of breath.

"While our study is a small study, it suggests that high levels of physical activity prior to initiation of radiation therapy for cancer are associated with better physical functioning and quality of life with cancer treatment," Krishnan said. "Additional work is still needed to understand the types and timing of exercises that can bring about the greatest benefit." 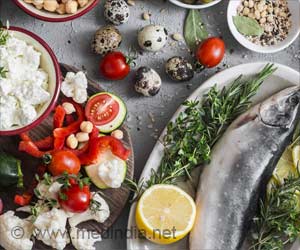 Radiation Therapy for People With Soft Tissue Sarcoma
UCLA study found that treating soft tissue sarcoma with radiation over a shorter period of time is safe, and effective, as a much longer conventional course of treatment.
READ MORE