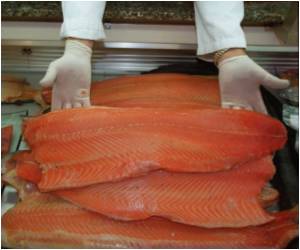 "A recommendation was issued via the rapid alert system for food and animal feed," which is a food safety European information exchange system, said the European Commission spokesman for health issues, Frederic Vincent.

The fires and explosions at Japan's nuclear plant has sparked the panic buying of potassium iodine pills, a preventative treatment for radiation sickness.
Advertisement

The advice, which was issued Tuesday, requires governments that conduct controls to inform the 27-nation EU if the level of radiation exceeds authorised levels.


The controls apply to a small quantity of products, Vincent said, noting that the EU imported 9,000 tonnes of fruits and vegetables from Japan in 2010. The EU also imports a small quantify of fish, he said.

European bone marrow centres have offered to help the victims of nuclear accident in Japan who may be exposed to dangerous radiation, said by authorities at a European medical organization.
Advertisement
Fears of a full-blown nuclear catastrophe have grown as Japan struggles to contain a crisis at the Fukushima No.1 power plant, which has been hit by a series of explosions after Friday's earthquake knocked out reactor cooling systems.

European energy commissioner Guenther Commission voiced concerns that the situation could worsen, warning it was "effectively out of control."

"We are very much concerned and deeply distressed at the pictures we are seeing from Japan, and we are not yet at the end of this sequence of tragic and far-reaching disastrous events," Oettinger said.

"In the coming hours there could be further catastrophic events which could pose a threat to the lives of people on the island," he told a European Parliament committee.

The situation, he added, "is in the hands of God".