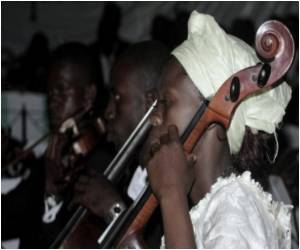 Identifying with racial identity contributes to happiness, reveals a study supported by the National Institute of Mental Health.

The study has been reported in the journal Cultural Diversity and Ethnic Minority Psychology.

Treat Yourself Well Too, Not Just Others, to Be Really Content

A new research has explored the area of self-compassion amongst people - how kindly people view themselves.
Advertisement

Although there have been previous studies on the connections between racial identity and other positive effects like self-esteem, this is the first one that has had empirical data on happiness. This claim has been made by Stevie C.Y. Yap, doctoral candidate in psychology at the Michigan State University, who led the project.


The study involved black people and researchers discovered that when people identified with being black or considered it an important part of them, they were happy. The strong sense of identity brings along with it a sense of belongingness, a bonding with their racial group, and this makes them happy.

The research also states that this sense of belongingness is more in women than men. More research may have to be done to find out what makes identity link to happiness in men.

Want to keep yourself happy and productive at work? Smile like you mean it, suggests a new study.
Advertisement
<< Gyms Not Associated With Staphylococcal Infections
Soon, Computers Can Understand Your Feelings >>