Quitting Email is Good for Your Heart, Say Researchers 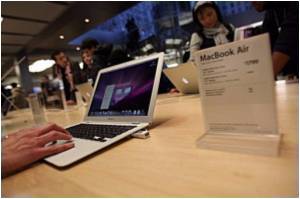 Ignoring your emails can have a positive effect on the heart, say researchers.

But scientists say quitting email would be as difficult as giving up drugs.

According to some estimates, more than 200 billion e-mails are sent across the internet every day.


But while they may have improved communication speeds, there have been concerns that electronic messaging is detrimental to both physical and mental health.

The risk factors that work behind the scene before a heart attack are familiar to many. But do you realize the extent to which your lifestyle choices are putting your life at risk? Can you identify a heart attack when it occurs? Take our quiz and find out.
Advertisement
To assess the effects, University of California researchers recruited 13 men and women who used computers in the workplace, ranging from chemical engineers to psychologists, the Daily Mail reported.

Speaking to The Times about her experiment University of California informatics professor Gloria Mark said, "I had this crazy idea that people were addicted to email."

"So I started thinking, the way you can test that is if you take people away from email cold turkey. You should see symptoms of withdrawal, the same way people are addicted to alcohol or drugs."

The volunteers were asked to ignore their 'you've got mail' chimes for five days.

At the same time, software was added to their computers to measure how often they switched from what they were working on to their email inbox.

At day 5, the researchers noticed that the volunteers became less stressed after being away from email.

Another interesting thing is what people did to communicate without email. Nearly all participants reported getting up out of their office and walking around a lot more.

They interacted with people face to face, and they reported it as a benefit.

The study also suggested that limiting email access might boost workers' concentration levels as study participants reported that they were more productive.

They said they were able to focus on tasks longer.

Wearable Devices Are Now Transforming Depression, Multiple Sclerosis, and Epilepsy Management.
View all
News Archive
News Resource
Advertisement
News Category
Simple Prick May Save Your Life from a Heart Attack New Retinal Examination can Predict a Heart Attack: Study One-third of Greenlanders are at Genetic Risk for High Cholesterol: Study Multiple Heart-Related Conditions Linked To Increased Dementia Risk Testosterone May Not Raise the Risk of Heart Problems in Men
More News
Sign up for Wellness Consult a Doctor Sign up for Selfcare