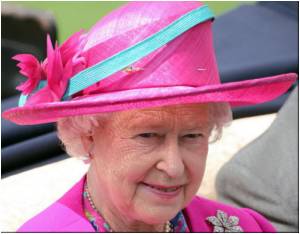 Queen Elizabeth was taken to a hospital after she suffered symptoms of gastroenteritis, say sources.

The 86-year-old royal is being assessed by doctors at the King Edward VII Hospital in central London, Sky News reported.

According to her spokesman, the monarch is in "good spirits" and is otherwise in "good health."


She was taken to the hospital at about 3pm and is expected to stay at the medical facility for a couple of days.

He said that this was simply done to enable doctors to better assess her.

Buckingham Palace said that all official engagements planned for this week will be postponed or cancelled.

Her sickness had first been announced on Friday.

Gastroschisis
Gastroschisis, a condition characterized by a hole in front of the abdomen, beside the umbilical ......

Gastroscopy
Gastroscopy is a diagnostic test that enables the doctor to look inside of the esophagus, stomach, ....

The Splendid Stomach - Animation
Stomach is the organ where food is mixed, stored and partially digested....