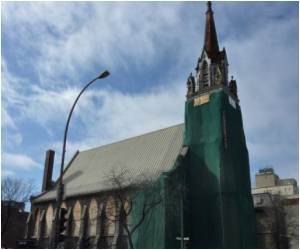 If a controversial proposal passes, Quebec's public sector employees including at hospitals and schools may be forced to abandon head scarves, turbans, crucifixes and other religious apparel and symbols.

The province -- under premier Pauline Marois, who has been in office just over a year -- has been working up changes for its "charter of values," to be presented publicly this week.

Although the details have not officially been made public, the government says its proposal aims to reaffirm "the principle of religious neutrality in state institutions."


And, according to early press reports, that's going to include a ban on religious symbols among public sector, and semi-public sector, workers.

"One of the responsibilities" of these workers "is to be neutral," the minister in charge of the issue, Bernard Drainville, insisted.
Advertisement
"The best way to protect the right to equality is by neutrality. The best way to respect the right of all religions is for the state to not have any religion," he continued.

Yet these reforms would not apply to the crucifix that has adorned the main chamber of the National Assembly since 1936, Drainville said, which will stay up at all costs.

"We will not turn our back on our heritage, our past," he said.

The proposal has sparked a raging debate between defenders of the "open" multiculturalism more common in North America and the strict secularism practiced in France, even when the reforms aren't due to be voted on for months.

Much of the discussion has centered on the practice of Islam, and the fight has shown signs of turning ugly: a mosque was vandalized in a remote region several days ago.

Marois told a Quebec newspaper that, for her, a day care teacher wearing a head scarf carries a "connotation of a certain gap between the respect of equality between men and women, of a sort of submission."

The liberal opposition, led by Philippe Couillard, though at first radically opposed to the government's initiative, seemed more conciliatory Thursday.

"We don't want to participate in create a climate of crisis and anxiety," he said at a press conference.

Nevertheless, he said his party remains opposed, "strongly, to any limitation on individual freedoms of men and women working in public organizations."

Polls show a majority of Quebec residents support the proposed charter, though they agreed it could cause divisions, local newspaper The Toronto Star reported.

But the Montreal City Council voted unanimously not to endorse the proposal, the Star said, and it has been strongly criticized by a number of federal politicians.

Prime Minister Stephen Harper has been less forceful in his response, expressing concerns but promising his government would protect fundamental rights.

In the last decade, school pupils have been banned from wearing headscarves or other traditional religious dress in countries including Spain, France, Belgium, Switzerland and the Netherlands, according to a 2012 report from Amnesty International.

In addition, France outraged many Muslims with a law against full face-covering veils in public which came into force in April 2011.

Quebec To Sue Tobacco Companies for $Can60 Billion
The province of Quebec on Friday launched lawsuit against big tobacco companies for more than ......