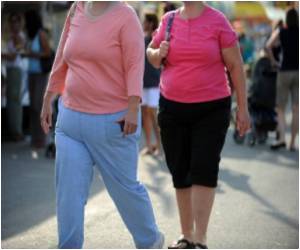 Diet and weight loss are subjects that most doctors feel must be discussed with their obese patients, but as a new study reveals, these counselling sessions do not seem to have much effect.

Duke University Medical Center researchers recorded the conversations between 40 primary care physicians and 461 of their overweight or obese patients over an 18-month period. Investigators didn't tell them what they were listening for - only that they wanted to record the encounters to see how doctors talked about health. What they were really tracking, however, was how much time was spent and, specifically, how doctors talked with their patients about diet, exercise and weight loss.


Turns out, doctors talk about weight quite a bit. Physicians discussed weight with patients in 69 percent of the encounters.


"We found that on average, physicians spent about three and a half minutes talking about diet and weight loss," says Kathryn Pollak, PhD, a member of the Cancer Prevention Program in the Duke Comprehensive Cancer Center and the lead author of the study. "That may not sound like much, but it amounts to about 15 percent of the time of the average office visit, which ran about 20 minutes. So the good news is, physicians realize how important the issue is, and they are making a point to talk about it."

But the data showed that there was no difference in weight loss between those patients who received counseling and those who did not get it.

Investigators found a very different story, however, when they dug a little deeper and divided the doctors and their patients into groups according to communication styles.

They found that three months after the office visit, patients whose doctors talked about diet and weight loss in a more motivational fashion - using predominantly reflective or empathic statements -- were much more likely to lose weight, compared to those whose physicians used a more judgmental or confrontational style of communication. Patients whose physicians communicated well lost about 3.5 pounds three months after the visit, which is substantial given most overweight and obese patients gain weight over time, says Pollak.

"Patients don't like to be told what to do, and they are generally not going to question or talk back to their doctor," says Pollak. "But what happens when doctors use reflective statements or a more motivational and empathic approach, it changes the relationship; the patient becomes more of an equal, more of a partner in care."

"So, for example, instead of asking a question like 'So, you can't fit exercise into your day?' a physician might say something like 'It sounds like you're finding it hard to find time to exercise.' That kind of reflection seems to help patients open up more and give more meaningful information to doctors."

Just over a third of the physicians in the study reported having some training in behavioral counseling, and Pollak says such instruction is becoming a higher priority item in traditional medical education.

She says the study is the largest of its kind and the first to examine not only the frequency of diet and weight counseling in physician office visits, but also the quality of the counseling and its impact on patients.

"Results of the study indicate that physicians may indeed have the power to help patients change their eating and exercise habits," says Pollak.

She says future research should examine whether weight loss that resulted from the sessions can be maintained over time, and whether improving physicians' training in behavioral communications would lead to more effective counseling and even greater weight loss.