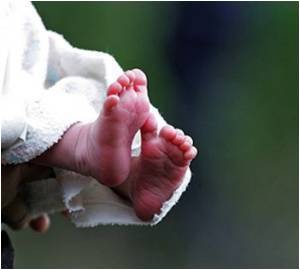 A single embryo was implanted during the couple's first attempt at IVF and doctors were quite surprised when four babies of the same sex developed.

A single fertilized embryo was implanted - so doctors were stunned when four babies developed, and medics said it was unheard of for four children of the same sex to be born from a single embryo The babies are now seven weeks old and are growing well in the hospital. They should be discharged next month.

Dr Geetha Venkat, Director of the Harley Street Fertility Clinic, is surprised with this miracle pregnancy and said that in her 20 years of working with IVF treatment, she has never heard of Quads being born from one embryo implant. She said: 'This is a very interesting case because it is very rare. Mr.Clark, a lorry driver, and father of the quads said: 'The girls are all doing well. Now we can't wait to get them home.'


Thirty-six-year-old Mrs.Clark was a recipient of just one embryo and after three weeks she found that she was pregnant. Though she had a difficult pregnancy with morning sickness, she is happy to have four children.

The 36-year-old said: 'When we found out we were having four babies, I just couldn't believe it. I was speechless and to be honest, I didn't believe it until I saw them for myself.'

Its a Happy Birthday for Quadruplets Born at 28 Weeks
Quadruplets Ellie, Bethany, Millie and Lucy, who were born at 28 weeks last year are celebrating ......

55 Year Old Indian Woman Has Quadruplets in Italy
A 55-year-old Indian woman has given birth to quadruplets in the northern Italian city of Mantua, a ...