'Putting Babies at Risk' are Mums-to-be on Anti-depressants 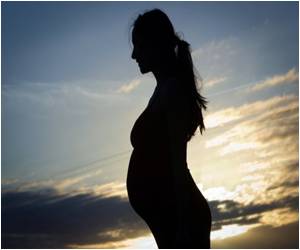 Experts have warned that women who take anti-depressants during pregnancy are endangering their unborn babies.

The widely prescribed pills have been found drastically to raise the odds of miscarriages, premature birth, autism and life-threatening high blood pressure, they said.

Increased Autism Risk in Children Exposed to Anti-depressants in Pregnancy

Researchers focused on the complications linked to a group of drugs called selective serotonin reuptake inhibitors (SSRIs), which include Prozac and Seroxat.


It was found that these medications increase the risk of a miscarriage by 17 per cent and more than double the likelihood of pre-eclampsia - high blood pressure during pregnancy - which can be fatal, the Daily Mail reported.

Fewer Diagnosed With Depression, But More And More British Women Opt for Anti-depressants

Fewer diagnosed with depression, but more and more British women opt for anti-depressants.
Advertisement
They also double the chances of the baby being born premature, or developing autism.

In addition, the researchers say, the babies are more likely to suffer from heart defects and problems with their bowels.

SSRIs treat depression by boosting the level of the 'happy hormone' serotonin in the brain. But the researchers believe that serotonin is also getting into the womb and harming the development of the foetus's brain, lungs, heart and digestive system.

'We are witnessing a large-scale human experiment. Never before have we chemically altered human foetal development on such a large scale.

'And my concern is why I am trying to get the word out to patients, health care providers, and the public.'

The study will be published in the journal Human Reproduction.