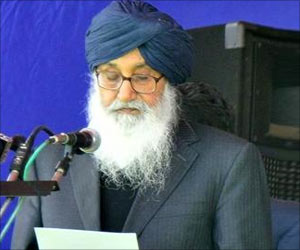 The chief minister of Punjab, Mr. Parkash Singh Badal, on Sunday, said that the Government of Punjab is seriously considering a separate department for creating awareness among the people on benefits of good health. The Vice Chancellor of the Baba Farid University of Health Sciences was asked by the chief minister to explore the feasibility of constituting such a department so that people could be made aware about how to keep a good health through massive awareness campaigns. Also Mr. Badal said that the need for the hour is to make Punjab a drug-free state by saving its people from drug abuse.

In a recent annual conference of the Punjab chapter of the Indian Medical Association (IMA) PIMACON-2015, the chief minister interacted with the media, stating that efforts by both the governments along with the active support of the general public could help in the eradication of drug abuse from the state. The chief minister feels that these campaigns should be launched at the village level too, as people from all strata of the society could be benefited, further announcing that the state government would bear the expenditure of five private practitioners who are willing to upgrade their expertise by undergoing training in foreign countries. These doctors would be selected every by a committee of representatives from IMA and the VC of Baba Farid University.


Mr. Badal said that, "We were already sending doctors from the government sector for such courses and now we have decided to extend this facility to the private practitioners also." The setting up of the Homi Bhabha Cancer Treatment and Research Center at Mullanpur, according to Mr. Badal, was a significant step towards making Punjab a leading state in providing quality treatment to the cancer patients across the country.
Advertisement
The state government had also initiated a cashless treatment scheme for the cancer patients besides making efforts to provide medicines to them. Mr. Badal encouraged the doctors to serve the people far more passionately and sincerely by dedicating at least a day in a week for the service of the poor and needy. The chief minister also urged leading private practitioners to take charge of a cluster of villages around their hospitals to treat the people for free.

The Face Of Indian Health Care: A World Health Day Evaluation
An extensive report, reflecting the pathetic state of the health care in India....

Pink Eye Symptom Evaluation
Pink eye, is the redness in the eye, which is caused due to inflammation of the conjunctiva. Conjunc...