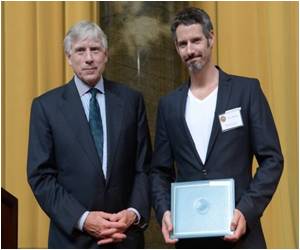 The Pulitzer Prize was shared by The Guardian and Washington Post for reporting leaks from former National Security Agency contractor Edward Snowden, on Monday. The report revealed a global surveillance network monitoring millions of Americans and foreigners.

The British and American newspapers won the award for public service journalism handed out by the Pulitzer committee at Columbia University in New York for sparking debate on secretive NSA programs.

The awards evoked a similar situation in 1972 when The New York Times was recognized for publication of The Pentagon Papers, leaking details of US political and military involvement in Vietnam.


The US unit of the British newspaper was honored for "helping through aggressive reporting to spark a debate about the relationship between the government and the public over issues of security and privacy," the committee said.
Advertisement
It recognized The Post for its "authoritative and insightful reports that helped the public understand how the (NSA) disclosures fit into the larger framework of national security."

The shared award went to the two newspapers credited with breaking the news about NSA surveillance programs, without specifically citing the journalists involved.

Both newspapers relied on documents leaked by Snowden, a fugitive former NSA contractor who has been granted temporary asylum in Russia and is being sought for prosecution in the United States.

The reporters who played key roles in the story included Glenn Greenwald, who has since left the Guardian, and colleague Ewen MacAskill. Barton Gellman, who already has two Pulitzers, was the writer of most of the Washington Post reports.

Laura Poitras, a documentary filmmaker who was the point of contact for Snowden, had the unusual distinction of sharing bylines in both the Guardian and the Post on the topic.

In arguably the most influential story of the decade, The Guardian and Post broke sensational ground by exposing how the US government monitors the data of millions.

The NSA leaks embarrassed the government, strained relations with allies angered that Americans had been tapping into the private phone calls of leaders and sparked a debate within the United States on the merits and morality of mass surveillance.

Sig Gissler, administrator of the Pulitzer Prizes since 2002, said the choice was complex and that the prize was "really not focused on Mr Snowden."

He said the two newspapers "helped stimulate this very important discussion about the balance between privacy and security and that discussion is still going on."

Snowden, in a statement released to The Guardian, said the Pulitzer decision "is a vindication for everyone who believes that the public has a role in government."

The Guardian said in a statement, "We're extremely proud and gratified to have been honored by the Pulitzer board. It's been an intense, exhaustive and sometimes chilling year working on this story and we're grateful for the acknowledgment by our peers that the revelations made by Edward Snowden and the work by the journalists involved represent a high achievement in public service."

Post executive editor Martin Baron said the reporting exposed a national policy "with profound implications for American citizens? constitutional rights" and the rights of individuals around the world.

Among the other Pulitzers, The Boston Globe staff won the breaking news award "for its exhaustive and empathetic coverage of the Boston Marathon bombings and the ensuing manhunt that enveloped the city, using photography and a range of digital tools to capture the full impact of the tragedy."

Tyler Hicks was recognized in the breaking news category "for his compelling pictures that showed skill and bravery in documenting the unfolding terrorist attack at Westgate mall in Kenya," the committee said.

Josh Haner won the prize for feature photography for a photo essay on a Boston Marathon bomb blast victim who lost most of both legs.

The Pulitzer for investigative reporting went to Chris Hamby of The Center for Public Integrity "for his reports on how some lawyers and doctors rigged a system to deny benefits to coal miners stricken with black lung disease, resulting in remedial legislative efforts."

A second Pulitzer went to The Washington Post and Eli Saslow for explanatory journalism for reporting on the prevalence of food stamps in post-recession America.

Jason Szep and Andrew Marshall of Reuters won the Pulitzer for international reporting for coverage of the Rohingya, a Muslim minority in Myanmar.

The fiction award went to Donna Tartt for her novel "The Goldfinch."

Pulitzer Photo Prize Awarded To AFP Freelancer
For his artistic photograph of a rebel sniper's nest in Aleppo, Javier Manzano, a freelance ......