Britain- The pub hopes to benefit from the ban on smoking and they are already stocking on nicotine patches and gums for the success of the ban. The Smoking ban, in public places, which comes into effect from July 1st, has ample support from the public of Britain. Three quarter of the population back it.

Many leading firms are looking for an opening in areas where smokers are most likely to suffer cravings. Taking advantage of changes in the regulation of nicotine replacement products they are going to supply nicotine gum machines to the pubs across the country.

Under the legislation, smoking will be banned in shops, offices, factories, pubs, cafes, restaurants, membership clubs, public transport, and work vehicles used by more than one person.


Health groups are predicting that 690,000 people will quit smoking for good once the ban comes into effect.

Pubs look set to benefit, with 15% of adults intending to go more often compared to 8% who plan to visit them less, according to the Office for National Statistics (ONS).

The Department of Health said awareness of the ban had increased dramatically in the past few months.

A total of 1,200 individuals in Great Britain over the age of 16 years were asked about their smoking habits. The research, from 2006, shows 77% of people agree with legislation to ban smoking in enclosed public places - with 53% strongly supporting the ban.

People feel particularly strongly about banning smoking in restaurants and around children, the annual Office of National Statistics survey found.

Many feel that the ban is 75 per cent more likely to succeed if they use patches, gums and inhalers.

The move comes amid a changing regulatory climate. The Medicines and Healthcare Regulatory Agency, the Government safety watchdog, has relaxed restrictions on dozens of products. And it plans to allow even more patches and gums to go on general sale, opening the door to pubs, clubs and restaurants.

Deborah Arnott, director of the antismoking group ASH, said that addicts should be allowed to use as many patches or take as much gum as they need to give them a chance to quit. Most replacement products contain half the nicotine that a smoker would obtain from a cigarette, increasing the temptation for addicts to reach for the lighter.

Smoking was the most common cause of death before the age of 65 in the UK. Children would be more at risk from chest infections (91 per cent) and asthma (86 per cent) from second hand smoke. Second hand smoking would increase a non smoker's risk of lung cancer, bronchitis and asthma.

The Department of Health estimates that half of smokers will die of a smoking-related illness. Based on figures from Scotland, Wales and Northern Ireland, where the ban has already come into effect, ASH estimates that the smoking ban will reduce the number of smokers by 680,000.

Doctors Condemn Any Attempt to Dilute Smoking Ban
The BMA in Northern has written to all NI MLAs, urging them to vote against a proposed amendment to permit smoking
READ MORE

Smoking Ban Around the World
Patient info provides a summary of smoking restrictions imposed by the governments around the world, realizing its health hazards. It also lists the country name and year, when the ban was enforced
READ MORE 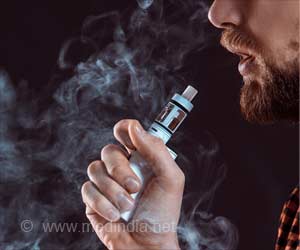