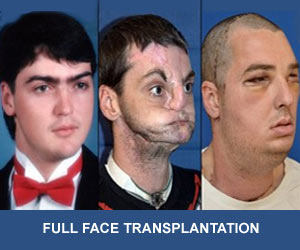 The public are very likely to become facial transplant donors to a severely disfigured patient after they finish watching a brief educational video on facial transplantation, reveals a study published in the official medical journal of the American Society of Plastic Surgeons (ASPS), Plastic and Reconstructive Surgery.

Advertisement
‘The willingness to become facial transplant donors among the general public was quite less before watching the video and after watching it, it increased quite substantially.’


Dr. Rodriguez and colleagues performed a survey study to see how a brief educational intervention affected willingness to become a facial transplant donor. Researchers approached 200 members of the public in a New York park, and surveyed them regarding their willingness to be an organ or facial transplant donor. About half of the participants said they were registered organ donors.
Advertisement
One hundred respondents were then shown a three-minute video, on a tablet computer, providing an educational introduction to facial transplantation.

The video provided basic information on patients eligible for face transplants, the donor-recipient matching process, and the challenges and recovery after the procedure. It also highlighted the outcomes of two patients treated by the NYU Langone facial transplant team.

The response to the educational video was greater in younger (aged 18 to 35) and older (over 56) participants, compared to middle-aged participants.

The video also appeared to have a greater impact in women and African American subjects, although these differences were not statistically significant. There were also no major differences by religion.

Facial transplantation has become a successful treatment for patients with severe facial disfigurement. But as for organ donation, the global shortage of facial transplants is a challenging problem.

There are many questions about public attitudes toward facial transplantation and other types of vascularized composite tissue allografts(VCA). Preliminary evidence suggests that many people may not even be aware of the possibility of becoming a facial transplant donor.

Compared to organ transplants, facial transplantation is newer and less well understood by the public. It may also elicit a different emotional reaction, since the face is so strongly associated with personal identity.

Based on the new study, "Even a brief educational experience increased individuals' reported willingness to donate their face for transplantation," Dr. Rodriguez and colleagues write. They note that their findings are consistent with previously reported discrepancies between individuals' willingness versus actual commitment to donate, as reflected by donor registration rates.

Although just a small pilot study, the results suggest that "more substantial and directed" educational programs at the regional or national level might have a positive impact on the general public's intention and commitment to become facial transplant donors.

Dr. Rodriguez and colleagues emphasize that education regarding organ and VCA donation must provide "balanced and objective information, so that individuals are empowered to make decisions that align with their own beliefs and values."

Source: Eurekalert
Advertisement
<< Limit Your Kid's Snacks to 200 Calories a Day
Here's Why Blacks Have Double the Rate of Diabetes than Whit... >>

First-of-its-Kind Simultaneous Transplant of Scalp, Skull, Kidney, Pancreas
Simultaneous transplantation of a 'composite' skull and scalp flap plus a kidney and pancreas - all ...